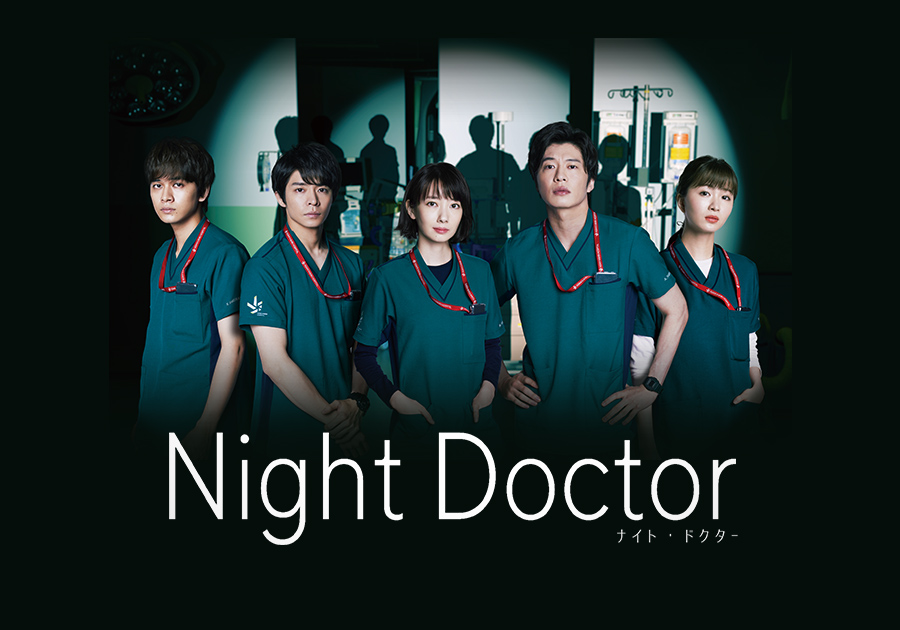 FujiTV has announced a brand new drama that is sure to be a hit, a new medical based series titled “Night Doctor“. The theme for the drama is quite topical, as it will focus on Japan’s emergency medical care system which is currently suffering from a huge labor shortage.

The doctors are becoming overwhelmed with work, and the situation is worsened by young doctors just not having the proper experience. In particular coverage during the night is much worse compared to the daytime. Taking place in the fictional hospital “Hakuoukai Asahi Kaihin”, they create a special night doctor system.

This consists of an emergency medical team who only works during the night, this allows the hospital to have full coverage 24 hours. The lead female doctor is Mitsuki Asakura (Haru) while the male lead is Akihito Naruse (Kei Tanaka). They’re joined by Shin Fukazawa (Yuta Kishi), Shun Sakuraba (Takumi Kitamura) and Yukiho Takaoka (Sae Okazaki)

Widely differing in age, personality, and experience they each share the common goal of never refusing a patient. “Night Doctor” will begin airing in June 2021.