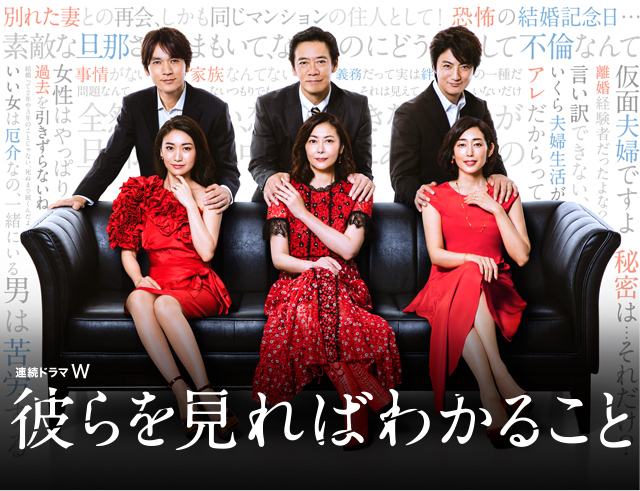 One of the most anticipated upcoming drama series’ is WOWOW’s “Karera wo Mirebawakaru Koto“.

The plot follows Momoko Uchida (Miho Nakayama), a manga writer who lives in an extremely boujee Tokyo apartment. She’s currently on her 2nd marriage, and has a son attending university.

Newlywed Rumi Kamoi (Yuko Oshima) moves into the same building, and it just so happens Rumi’s husband (V6 member Hiroshi Nagano) is Momoko’s ex husband. The two divorced 20 years ago, but it still makes things quite awkward. Momoko and her close friend Mizuki (Tae Kimura) who also lives in the same building try to make sense of the situation.

A trailer for the drama series has been blocked for viewing outside of Japan.

Miho recently enjoyed a music comeback in December 2019 with her album “Neuf Neuf“, her first release in 20 years. Yuko is also currently starring in the NHK drama series “Scarlet”.

Karera wo Mirebawakaru Koto will begin airing on January 11th, 2020.