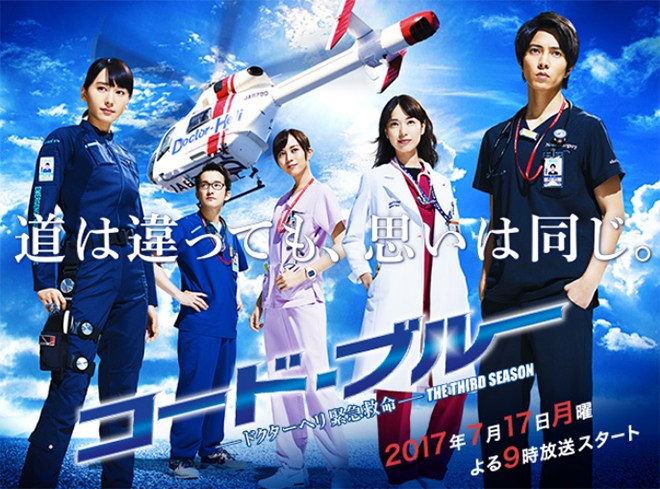 Many viewers were excited to see Yamapi reprise his role as Aizawa Kosaku again, and watch him interact with his numerous co-workers at Shohoku Emergency Medical Services. However, there was one scene in particular during the first episode that caught the attention of many viewers. Aizawa begins to take off his medical scrubs to change clothes, which is where the viewers are exposed to his “voluptuous” pectoral muscles. One writer at the gossip website mess-y stated that after seeing the scene, it was all she could think about for the remainder of the episode.  Yamapi’s chest has transformed from an ironing board to a tiny mountain. 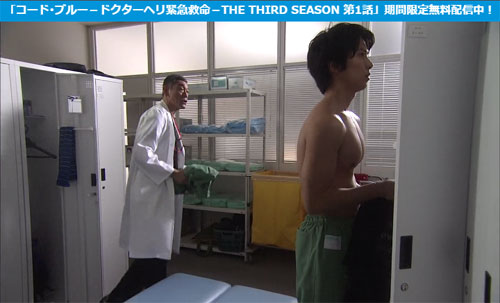 Despite the shirtless scene not even lasting for a minute, it definitely made a huge impression with viewers and Yamapi fans, with some giving him the nickname “Mountain P”. Some fans predicted that if Yamapi were to wear a bra he would probably be a C cup, which resulted in some conflicted feelings regarding the matter. One fan stated “Am I really losing in chest size to Mountain P?”, while another female fan proclaimed “I can’t believe his are bigger than mine….”. Other fans were more interested in what they would like to do with the pectoral muscles, with one fan shamelessly sharing that they wouldn’t mind being “breast fed” by the popular actor.

While this revelation might be new to the casual viewer, Yamapi’s has been showing off his impressive pectoral muscles for a while now. In the 2009 Fuji TV drama series “BUZZER BEAT“, Yamapi played a basketball player that was involved in quite a few shirtless scenes. While his pectorals might not have been as big as they were in the current season of Code Blue, it was still a treat for fans.

Furthermore, in the 2015 drama series “5-ji Kara 9-ji Made” there’s many “wonderful” pectoral scene that feature Yamapi. It’s been said that one of Yamapi’s co-stars, Johnny’s Jr. member Reo Nagatsuma, was so shocked at the size that he joked about giving Yamapi a bra as a gift, in which Yamapi playfully replied “I do not need a bra! (lol)”. Without a doubt it seems that this will continue to be one of Yamapi’s charm points.

How do you feel about Yamapi’s pectoral muscles?