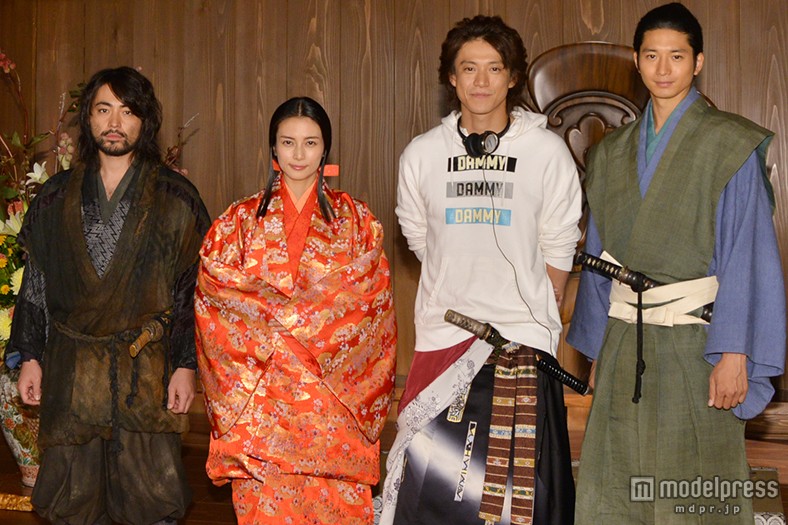 Actor (and recent first-time father) Shun Oguri appeared at FCG Studio on the 6th for a press conference for his upcoming Fuji TV drama “Nobunaga Concerto”.

When Shinichi Kurabe, the MC of the conference and announcer of the agency, congratulated on the recent birth of Oguri’s child, he thanked him with a smile. Oguri continued, “I am really happy and my child is unreasonably cute, so I think I have to do my best for this child.” He also added, with a fatherly tone, “Everyone on the filming site says I always seem happy; however, the role I am playing is a high school student, so I will also try not to show that side of me.”

Oguri also spoke out his true feelings: “I previously knew the work before it got turned into a drama, so I had a feeling it would turn into this anyway. The story starts with me as a high school student, so I really wonder if I will be okay. On a different note, I believe this series will turn into something great considering the cast. I want to have fun with it now.”

The first broadcast is coming up soon, but Oguri has not finished filming past episode one. When it comes to filming the battle scenes, Oguri commented, “Even though it’s tough now, I wonder what it will be like after this. I think every day is pretty harsh.”

“Nobunaga Concerto” starts October 13 and will air every Monday on the 9pm time slot.

(via ModelPress, translation by Haley)