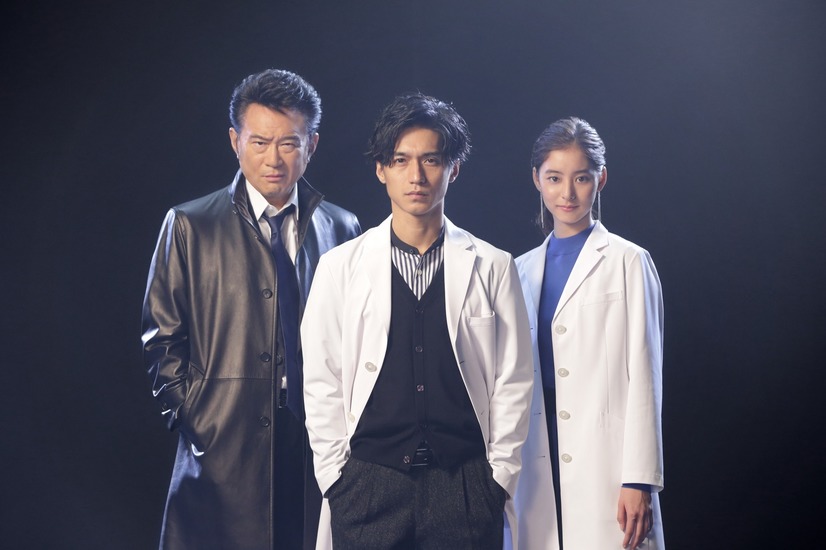 Kanjani8’s Nishikido Ryo will take on his first Fuji TV getsu9 lead drama “Trace ~ Kasouken no Otoko” (Trace ~ The Forensic Researcher Man) This is 7.5 years since “Zenkai Girl” (July 2011), his last appearance in the said timeslot. In the drama, Nishikido plays a forensic science researcher at the Scientific Research Laboratory. The drama is based on the manga “Trace Kasoken Hoi Kenkyuin no Tsuiso” by Koga Kei, a former researcher at a Science Institute.

Nishikido plays Mano Reiji, a seasoned yet cold and distant forensic expert in the Tokyo Forensic Science Laboratory. He only believes in the objective truth obtained through lab results rather than speculation. He will relentlessly rebut even detectives, find the shards of truth buried in darkness, and reveal the thoughts and regrets of dead victims. His character is also hiding a dark past and he intends to search for the truth in his own case. Joining him is Araki Yuko, who will play rookie forensic scientist Sawaguchi Nonna and Funakoshi Eiichiro, the “King of suspense” who will play a veteran detective.

The drama title runs parallel to a popular forensic drama with a female main character that has been running for 20 years already (Kasouken no Onna / Forensic Researcher Woman). Nishikido worried about the title “Is this OK? (laugh)”, “When I speak of crime lab, ‘Kasouken no Onna’ comes to mind. The image is strong, I do not want to compete, it has been such a long running drama, I think that it would be better to create a drama with a charm that will not be defeated.”