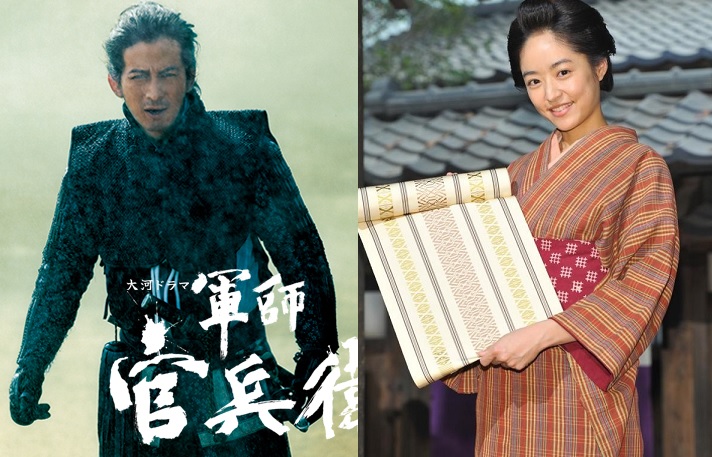 Okada offered Inoue words of encouragement while Inoue says she will do her best to make her drama a success. In addition, the two exchanged gifts that originates from where their character hails from. Okada gave her a kimono belt from Hakata, Fukuoka, while Inoue presented him a raw blowfish from the Yamaguchi Prefecture.

“Gunshi Kanbee” will air its final episode on December 21, postponed from the original date of December 14 due to the elections. “Hana Moyu’s” pilot episode will premiere on January 4, 2015.