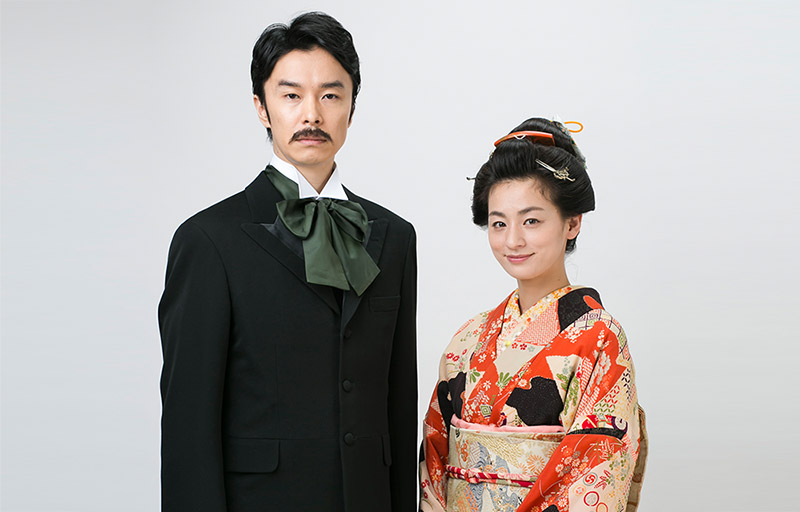 Machiko Ono and Hiroki Hasegawa have been cast as leads in the upcoming NHK autumn drama ‘Natsume Soseki no Tsuma‘ (‘Soseki’s Wife’). Ono will play Kyoko Natsume, wife of the famous writer Soseki Natsume (Hasegawa).  The story is based on the memoirs written by Kyoko Natsume herself.

2016 marks the 100 anniversary of Soseki’s death, who is considered one of the greatest and most popular Japanese novelists across the globe. Less is known about his personal life and how moody and hard to handle he actually was. He met Kyoko when she was 19 and was drawn to her straightforward and carefree attitude. The two fell in love and married. However, life afterwards was not easy for both. In the drama we will encounter the couple in the difficult time after Kyoko miscarries their child and attempts suicide…

The drama will air on Saturdays in September and will have 4 episodes in total.