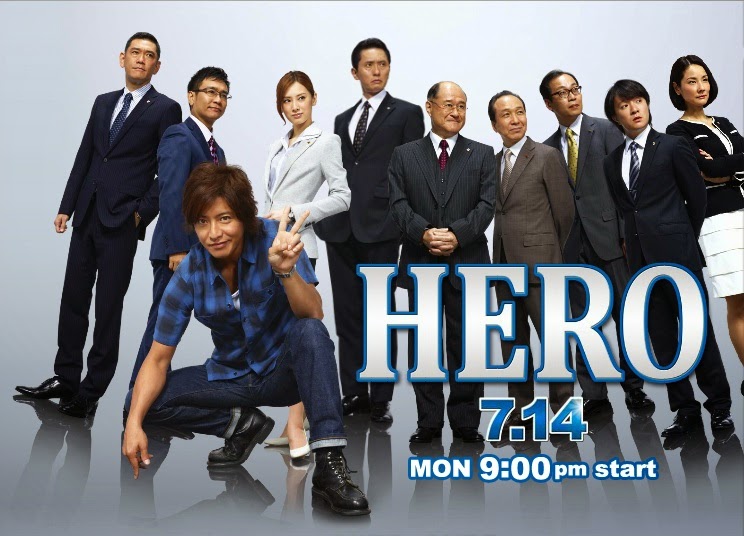 Looks like Kimutaku can heave a sigh of relief..for now.

FUJI TV’s ‘HERO 2’ first episode aired last night, July 14, and has reportedly recorded an audience rating of 26.5% in the Kanto region. The first season was aired last 2001, and after 13 years, Kimura is back as prosecutor Kuryu Kohei. HERO 2’s rating is currently the highest TV rating achieved this year.

The decision for a sequel were met with mixed reactions. Many fans got excited but also a lot of fans of the original series expressed disappointment at the change in many of the original cast lineup. Nonetheless, expectations were high and luckily, the first episode has smoothly sailed. Will HERO 2 be able to keep its momentum? That has to be seen in the next episodes.

For now, you can enjoy this HERO 2 OP below.