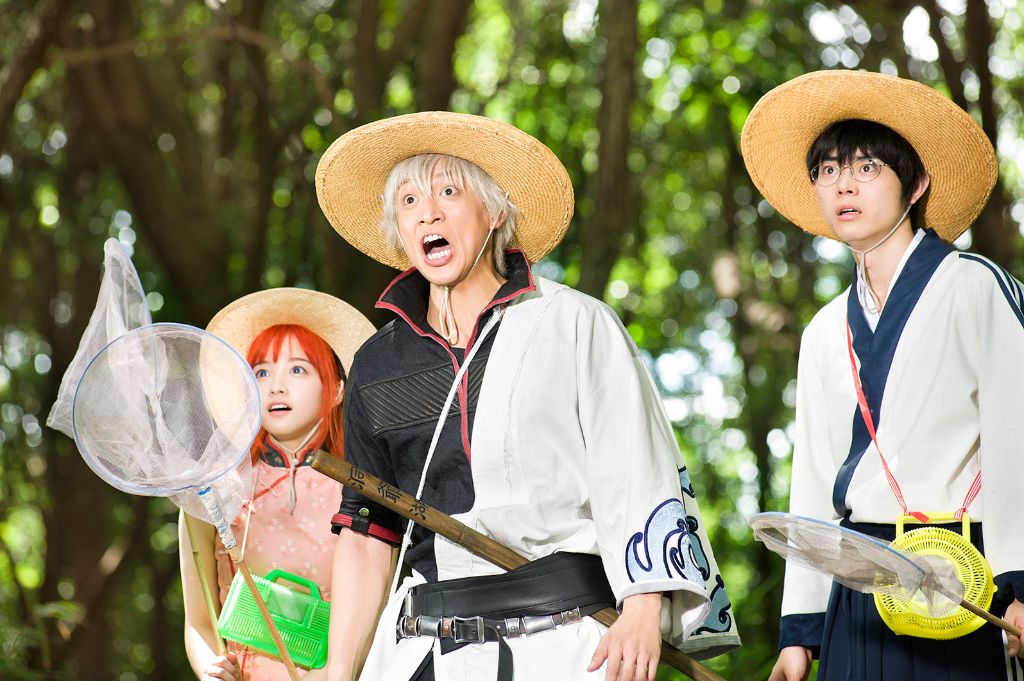 The official website for “Gintama“, the highly anticipated live-action adaptation of Hideaki Sorachi’s long-running gag manga of the same name set in an alternative universe where aliens have conquered feudal-era Japan, has begun uploading behind-the-scenes clips from filming to promote its upcoming release.

The first video shows how the three members of Yorozuya—Gintoki Sakata (Shun Oguri), Shinpachi Shimura (Masaki Suda), and Kagura (Kanna Hashimoto)— getting along and having fun on the Kyoto set.

The “Gintama” movie will start showing on July 14, with the drama including the story of the Mitsuba Arc to be available starting July 15.