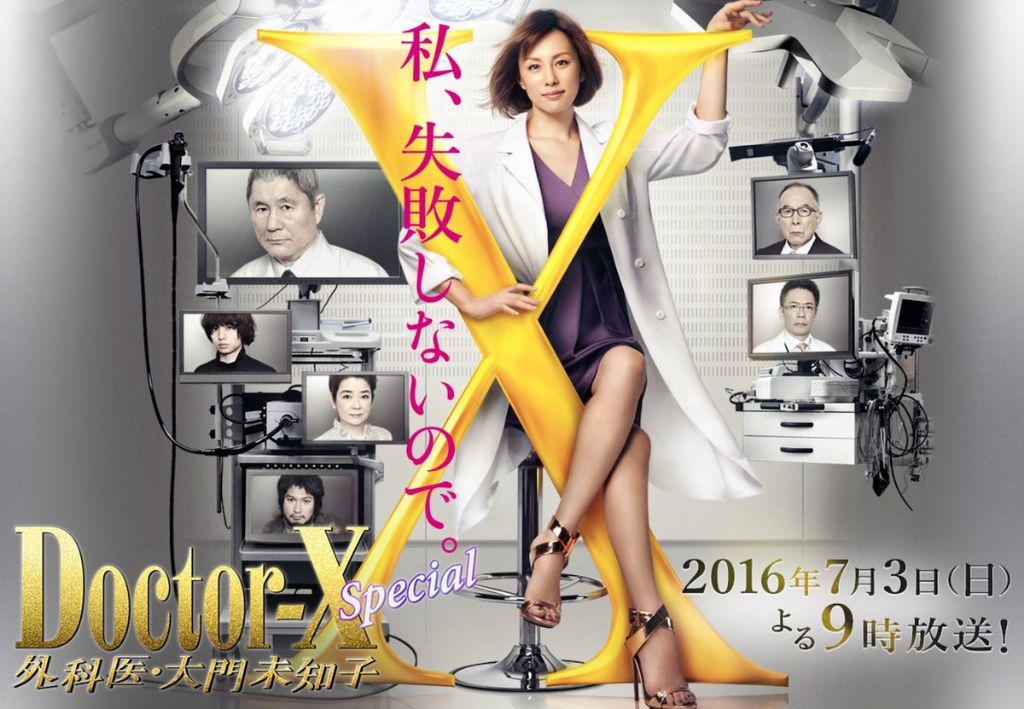 For the SP, Beat Takeshi  plays Kantaro Kurosu, the hospital director of Kurosu Medical Centre, Japan’s first drug development hub. He requests Michiko to perform surgery on national figure skater Kojiro Himuro played by Hey! Say! JUMP’s Kei Inoo who is suffering from a complicated disease CTEPH (chronic thromboembolic pulmonary hypertension). Whether she is able to perform the surgery successfully is one of the highlights of the story.

Ahead of the airing of the Special, it was also announced that the drama will air its 4th season “Doctor X 4 – Gekai Daimon Michiko ~” which will start airing in October, Thursdays at 9pm. The story will continue from the latest SP episode.

The new drama series is set at a university-affiliated hospital which deals with its reputation being affected by struggling factions, cover ups, and medical errors. Toshiyuki Nishida’s character Shigekatsu Hiruma is appointed as the new director of the hospital.