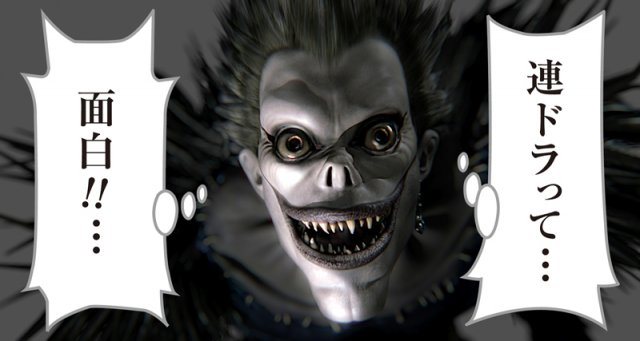 Last month, it was announced that popular manga Death Note is going to be adapted into a live action TV drama. The drama is scheduled to air on NTV, Sundays, 10:30 pm starting July. The official announcement included an image of Ryuk saying “A serialized drama…. Interesting!!…”

The drama will feature an original story not featured in the anime or movies, and a new cast. It will include the character N (Near), which will also be the first time for the character to appear in its live action adaptation. The main cast have been announced. The announcement is from this year’s 26th issue of Shueisha’s Weekly Shonen Jump.