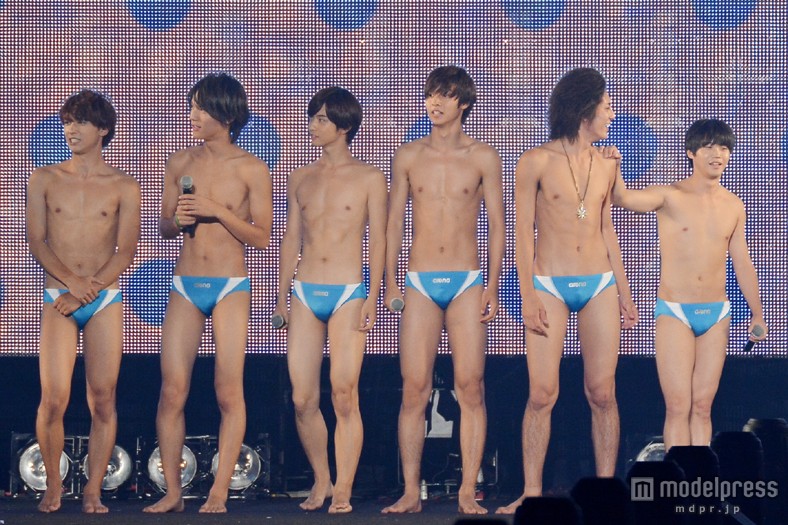 The semiannual fashion festival Tokyo Girls Collection 2014 Autum/Winter was held earlier today. The event is open to the buyers, journalists and the general public alike and features appearances and live concerts by well-known artists, charity auctions as well as the Miss TGC Contest. The cast of ‘Suikyu Yankees‘ (Water Polo Yankees), a current Fuji TV that began airing back in July, were one of the many attendees.

The guy’s feelings about wearing such skimpy outfits on stage were mixed, from embarrassed to confident.

Naoya Inaba (Yuto Nakajima, not present at the event) grew up abroad, but read manga about young gang members with blonde hair – yankees – and believed they were the “heroes” of Japan.

When he finally arrives in Japan to study for a year, he goes to a school he admires because one of his yankee hero figures attended there only to find out they were just lazy and did nothing with their lives. Disappointed, he wants to do something about it. Also he’s on the water polo team. 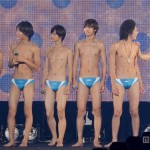 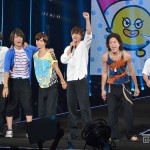