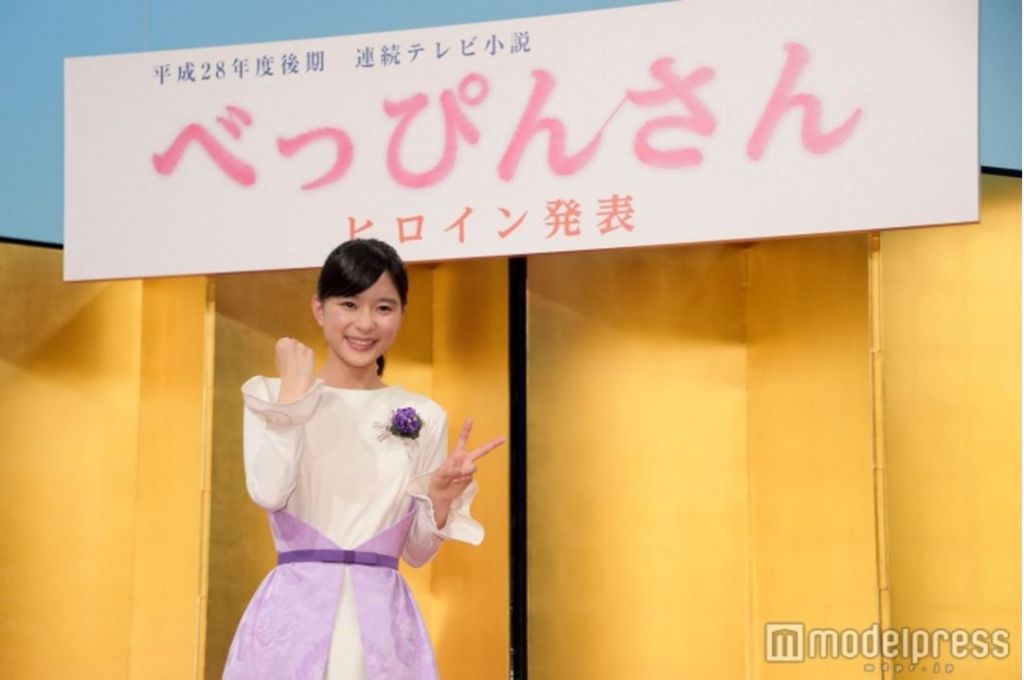 The exciting wait is finally over! NHK officially announced they have found the next asadora heroine. 19-year old actress Kyoko Yoshine will take on the lead role of Sumire Bando, main character in “Beppin-san” starting in Autumn right after “Toto-neechan“. This choice doesn’t come as a surprise – ever since her debut in 2013, Yoshine is expanding her resume with great speed and has been already dubbed “the person you least want to come across on a audition” by her acting peers.

Yoshine entered showbiz in 2013 and immediately appeared in minor roles in dramas ‘Last Cinderella‘, ‘Kamen Teacher‘ and ‘Hakuba no Ojisama‘. She worked on the set of asadora ‘Hanako to Anne‘ in 2014, where she portrayed Renko’s (Yukie Nakama) daughter in the second part of the story.

Then in 2015 she landed her first lead role in TBS drama ‘Omotesando Koukou Gasshoubu!‘. While the overall ratings were mediocre, Yoshine‘s fresh and captivating performance gathered a lot of attention and gave the actress some of popular awards. The same year she reunited with her “Omo-Ko” partner Jun Shison to adapt the popular shojo manga ‘Senpai to Kanojo‘ to the big screen.

Yoshine has been continuously attending asadora auditions since ‘Mare‘. ‘Beppin-san‘ is her fourth attempt.

‘Beppin-san‘ is a fictional story, loosely based on authentic events. It will focus on Sumire Bando, a young mother waiting for her husband to return from World War II in Kobe area. To endure the wait, Sumire starts sewing clothes for her child… Soon, she will run her own store with clothes and goods for children, supported by family and friends.