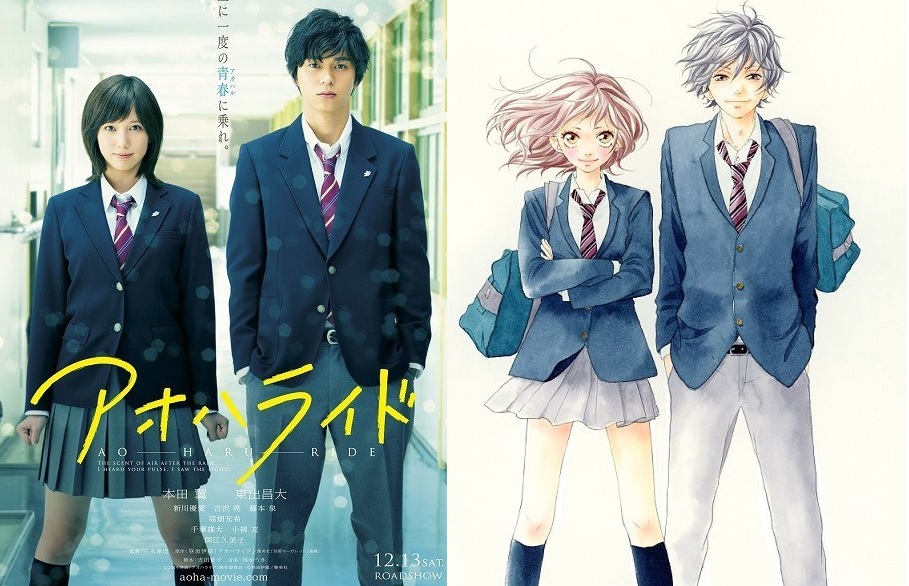 TOHO releases its first teaser trailer on Friday for the live-action film adaptation of Io Sakisaka’s Ao Haru Ride (Blue Spring Ride) manga. Tsubasa Honda plays Futaba Yoshioka, a girl who experienced her first love with a boy named Ko Tanaka, (Masahiro Higashide) while in middle school. However, after a misunderstanding, their relationship as friends ends when he transfers schools over summer vacation. In high school, her world is turned around once again when she meets Kō again, this time under the name of Kō Mabuchi.

You can check out the teaser trailer and other info below the cut.