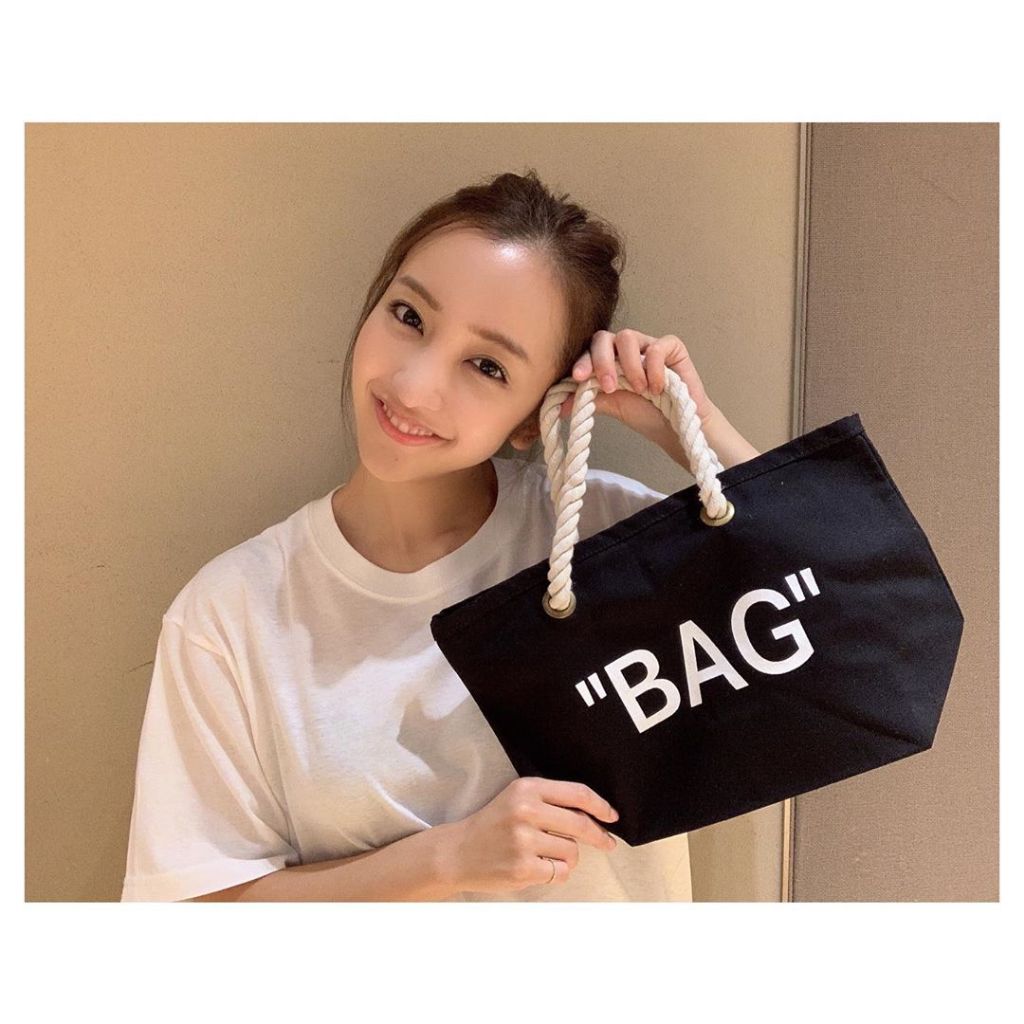 Virgil Abloh‘s brand Off-White is one of the hottest ones in fashion today. One of the streetwear brand’s signature motifs is the use of quotation marks, with the marks turning a handbag into “Sculpture” and shoelaces into “Shoelaces.” Virgil loves quotation marks, as explained by 032c‘s Thom Bettridge, “Quotation marks are one of the many tools that Abloh uses to operate in a mode of ironic detachment…Abloh rejects the who-did-it-first mentality of previous generations in favor of the copy-paste logic of the Internet and its inhabitants. His new order is protected by a fortress of irony.”

One of those internet inhabitants, Tomomi Itano, decided to use Virgil’s logic when it came to her new tour goods. The former AKB48 member’s merch uses quotation marks as well. She took to Instagram to show off her wares.

In Tomomi’s case, a towel is now “Towel” and a t-shirt is now “T.” The similarites to Off-White were not lost on some of the commentators on her Instagram page.

Back in April, Off-White filed a lawsuit against the brand Rastaclat for using quotation marks and a red zip tie design. Even though Off-White doesn’t hold the trademark for these design elements, the brand says that it has reached “significant common law trademark” in regards to their use.

So could Tomomi have a lawsuit in her future? Maybe, maybe not. The irony of Virgil suing anyone is hilarious, seeing as how he’s been accused of ripping off other designers several times.