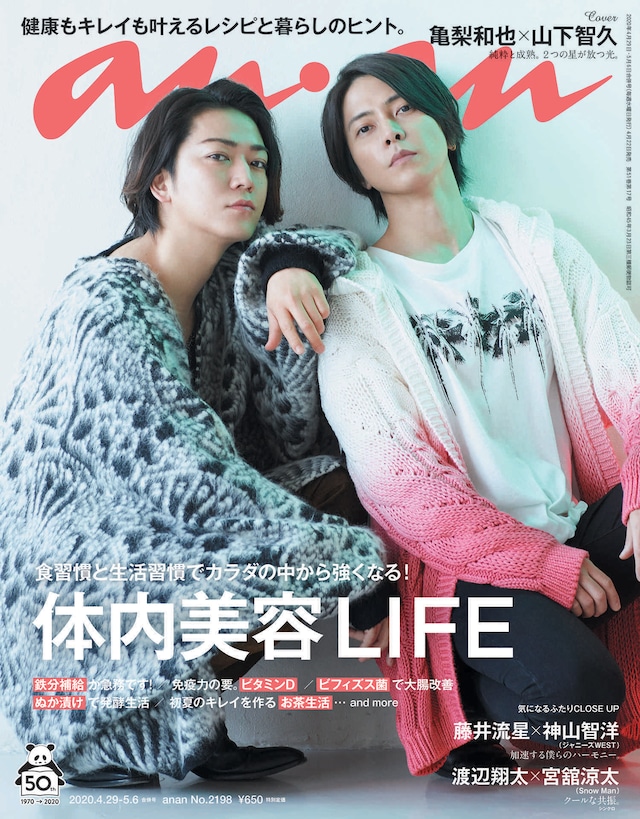 Johnny’s superstars Tomohisa Yamashita & Kazuya Kamenashi, otherwise known as Kame to YamaP are the latest cover boys for anan magazine. For this interview the overall theme is “beauty”, which ties in with the magazines overall theme of “Body Beauty” for the issue.

Besides talking about how they personally try to maintain their “body beauty”, the boys talk about what beauty means to thing. The issue will be on sale nationwide in Japan beginning on April 22nd, 2020.

The last time the two covered the magazine was in promotion for their 2017 single “Senkagoshi no Chance”. Meanwhile, Kame and Yamapi are preparing for the release of their very first album titled “SI” due out on April 29th, 2020. This year also marks the 15th anniversary of the duos million selling single “Seishun Amigo” under the name “Shuuji to Akira”.