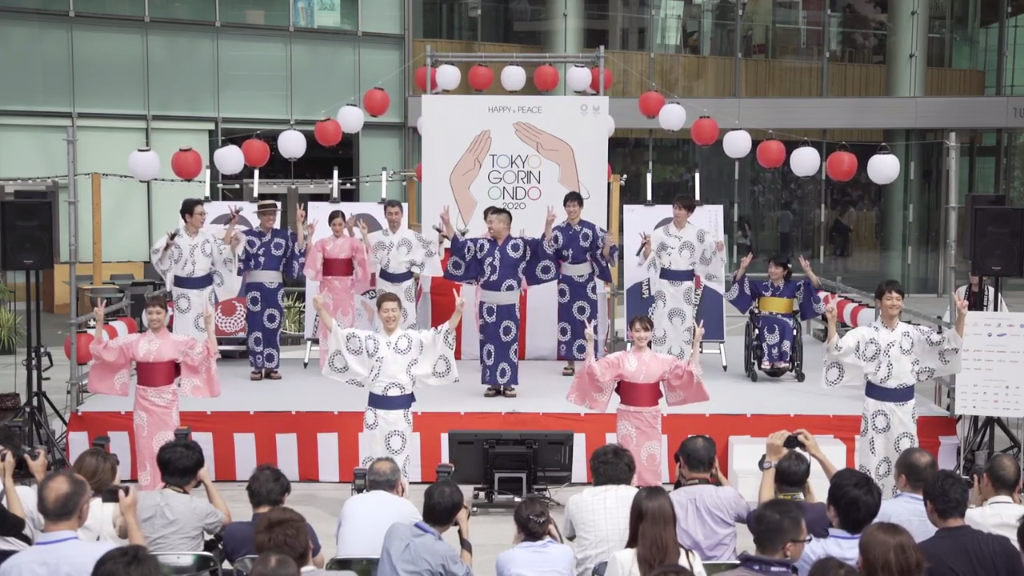 Three years to go until the 2020 Olympics in Tokyo, and the Tokyo Organizing Committee have unveiled the official dance and promotional song. Y’all ready to BOP and SWAY?

Revolving around the concept of “HAPPY&PEACE,” the theme song of the event has been dubbed as “Tokyo Olympic Ondo-Ondo 2020,” a remake of the original song from the 1964 Tokyo Olympics titled “Tokyo Gorinto Ondo.” The lyrics were also updated a bit to include Paralympians! The official version of the song will be sang by Sayuri Ishikawa, Pistol Takehara and Yuzo Kayama.

The performers were joined by several Olympians, including 2012 London Games gold medalist Homare Sawa, all of whom donned yukata (summer kimonos) printed with the Olympic logo.

The opening ceremony for the Tokyo Olympic Games kicks off on July 24, 2020. Athletes from all around the globe will compete in 33 different events until August 9th. The Paralympian’s will compete starting on August 25th, until September 6th.