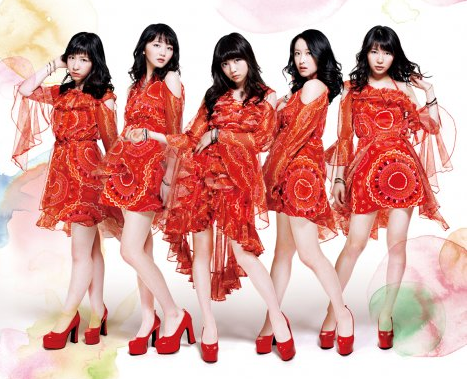 TOKYO GIRLS’ STYLE member Konishi Ayano announced last December 28 her graduation from the group and retirement from the entertainment industry. In June this year, Konishi suspended her activities for medical treatment of her lower back. Tokyo Girls’ Style will continue with four members.

Konishi stated that she had lost the confidence to continue since her hiatus. During her break, she “thought seriously about whether or not I should do it once again”, “I had no confidence that I could continue on working hard, with my eyes on the same dreams as the others, and while the 4 of them have been aiming even higher, it was inexcusable for me to go on with such half-hearted feelings. Was I just dragging myself? Thus, it came to this decision”.

The other members of the groups, Yamabe Miyu, Arai Hitomi, Nakae Yuri, Shoji Mei also gave comments and decided that they would continue on with activities with four members.

The group was formed on New Year’s Day 2010, with a CD debut in the same year in May. While there has been no replacement of members since then, Konishi took hiatus from activities from June this year. On December 23, the group released the album “REFLECTION” with 4 members.