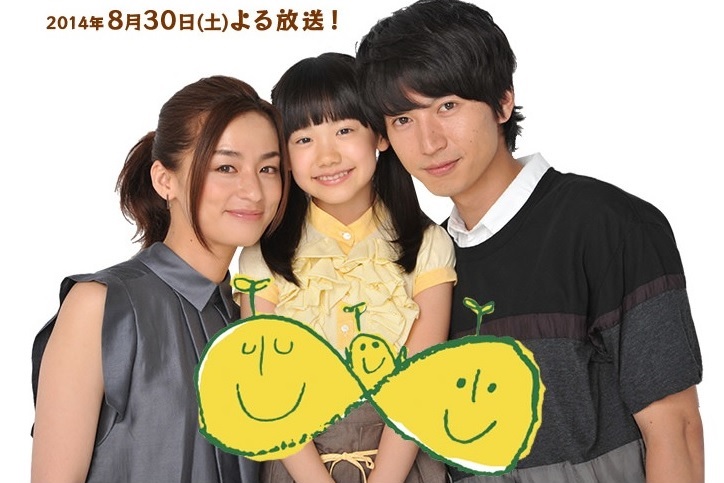 During Nippon Television’s annual 24 Hour Television charity telethon, the station airs a drama special that aims to touch the viewers’ hearts. For this year’s telethon, NTV is adapting ‘Hana-chan’s Miso Soup’, a collection of blog entries written by the late Yasutake Chie.

The 24 Hour TV drama will center on a family. It tells the story of a news reporter played by Kanjani8’s Okura Tadayoshi, and his wife  Chie played by Ono Machiko (Like Father Like Son) who is a music teacher, and was diagnosed with breast cancer. After she gave birth to a daughter Hana, played by popular child actress Ashida Mana, she had her breast cancer recurrence when her daughter turned nine-months-old.

For the rest of her counted life, Chie considered what she should leave to her child. She decided to pass on her housework abilities, such as making meals or taking care of the family, which can help the child to stay alive in any extreme environments.

Suffering from disease, Chie continued to teach Hana all kinds of housework, including feeding the dog, walking, washing, cooking, eating breakfast, brushing teeth, practicing the piano, cleaning the toilet, going to the kindergarten by herself, arranging clothes, organizing closet, and preparing for dinner since the age of five.  Even when Hana was chopping with knife, Chie did not help because she believed that her daughter can help herself as long as she is healthy in the future regardless where to live.

Chie died after she taught her daughter the whole process. Her husband helped publish all her diaries, which chronicles Chie’s education to their daughter and her messages to Hana, in a blog called “get up early with unpolished life”.

Kanjani8 and Anne are serving as the main personality of this year’s 24 Television Telethon.