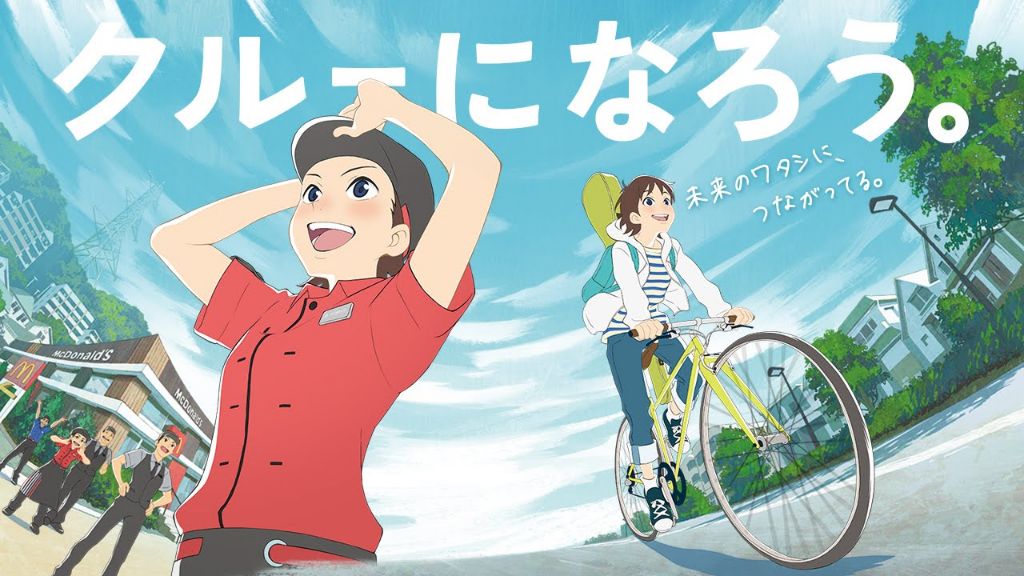 Animation and advertising campaign doesn’t necessarily always go hand-in-hand in Japan but be it for a cup noodle, a mobile game, or a zipper, they sure have their share of history. Now making another entry to that list is McDonald’s Japan, who recently released an animation short for their part-timer recruitment campaign via their official site. The heartfelt short may just be both the best animation short and advertisement of 2016 so far.

The short, produced by Studio Colorido (who coincidentally, also produced the last two of the three shorts linked above), is a part of McDonald’s “Crew ni Narō. Campaign” (Join the Crew. Campaign) that aims to attract young people to the part-time staff position at McDonald’s. The video starts by showing a young girl named Sumire being recruited to work at the joint and after a cute and mouthwatering montage, ends up going full circle with a scene where Sumire recruits another young girl.

Another interesting thing to note is the fact that AKB48’s Yui Yokoyama and Team 8’s Rin Okabe is the ones voicing the characters. Not only that, but McDonalds will also release different version of the shorts with different accents, all voiced by AKB48’s Team 8 members. Check it out after the jump!