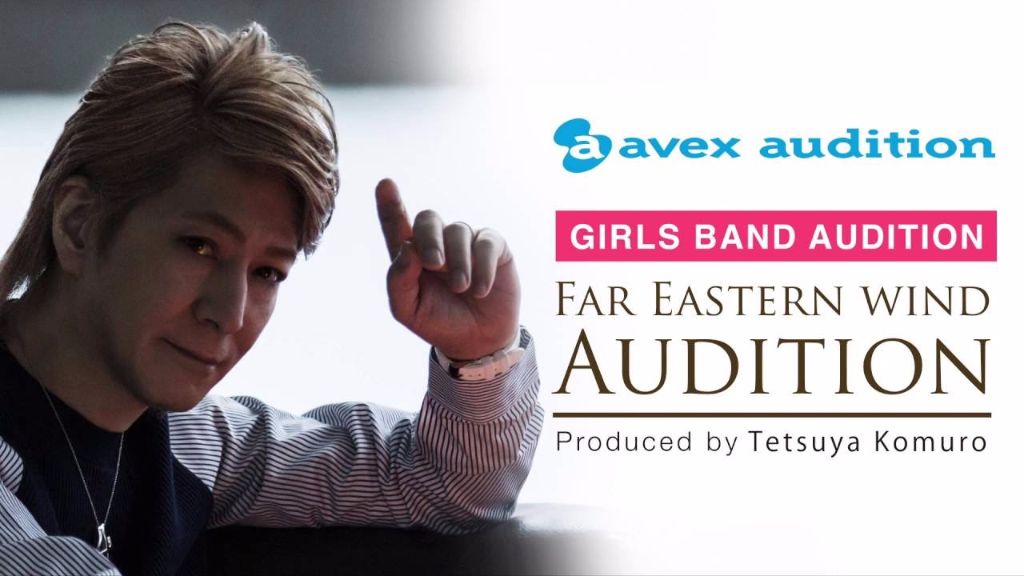 “Far Eastern wind” is a new international dance and vocal group being created in Japan with the goals of being active worldwide.

Considered the person that introduced dance music to the Japanese mainstream audience, Komuro is widely regarded as one of the most influential figures in pop scene throughout the 1990s, producing for top artists like Namie Amuro, hitomi, TRF, Tomomi Kahala and Ami Suzuki among others at the peak of their careers.

“We are waiting for lots of applications from young, talented, and pure girls who can burst forth from Asia to the world,” said an optimistic Tetsuya Komuro about this audition. “I will work my hardest as a producer, so let’s make this happen together.”

Auditions opened last week on July 15 and will be open until August 14. Information on the site is translated to a number of languages: Japanese, English, Mandarin, Vietnamese, Thai, Korean, Portuguese, French and Bahasa Indonesian. Any nationality, ethnicity, language or country of origin are welcomed to apply.

The chosen girls who pass through the three phrases of auditions will make their major debut some time in 2017, with music produced by Tetsuya Komuro himself.  Artists will sign with Avex, one of Japan’s biggest entertainment companies, and be provided with world-class song and dance lessons, as well as language lessons in English and other foreign languages.