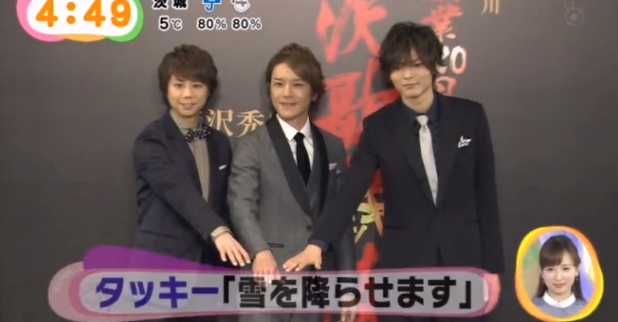 It was announced that Takizawa Hideaki’s starring stage play “Takizawa Kabuki” will be holding its first overseas performance in Singapore. Production announcement was held in Tokyo. “Takizawa Kabuki 10th Anniversary” will be held at The Grand Theater of the Marina Bay Sands for 6 days, from August 18 -23. Since this will be the first time that Johnny Kitagawa will bring this play overseas, expect comprehensive planning, configuration, and production.

There are also plans to prepare new songs in English. Co-stars for the Singapore show are yet to be announced.

The stage play is celebrating its 10th anniversary this year and Takizawa desired to bring it overseas. As the director in charge, he has finished the preliminary inspection of the venue. Takizawa wants to convey the theme of Japan’s four seasons. To implement the concept, a snow machine will be transported by ship to produce artificial snow. Also to be included is Johnny’s specialty of flying and costumes.

Its Tokyo run will be held at Shinbashi Theater start from April – May 17. It was also announced that Hey! Say! JUMP’s Yabu Kota and Kis-my-Ft2’s Kitayama Hiromitsu will be joining Takizawa. 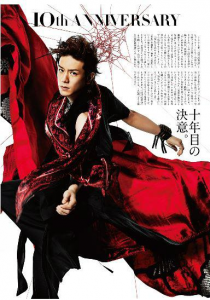