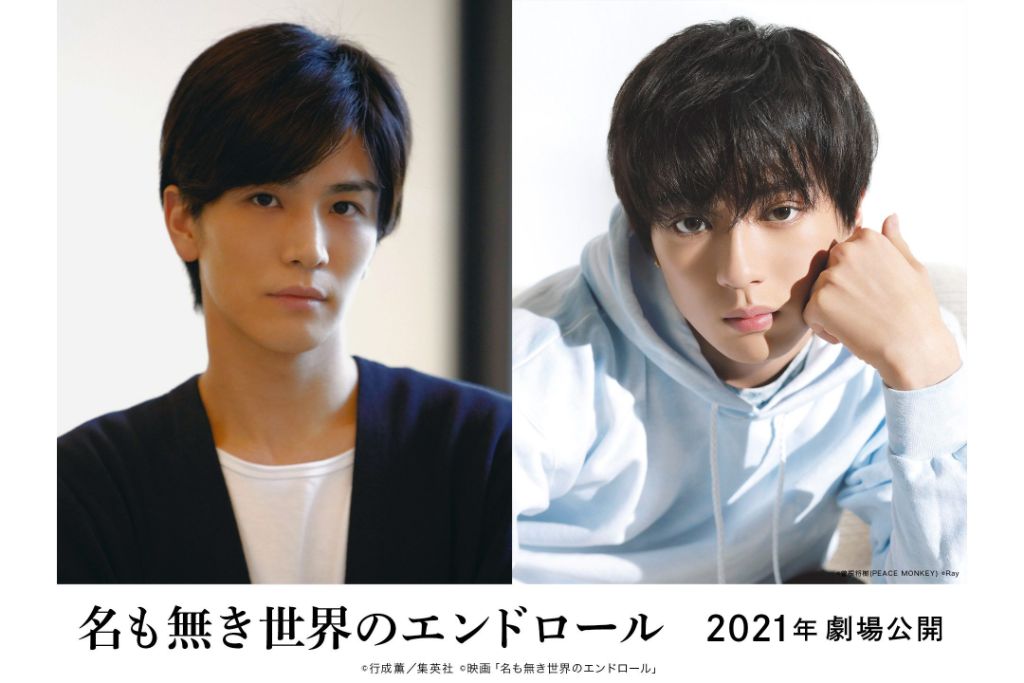 It has been announced that EXILE and J SOUL BROTHERS member Takanori Iwata will be teaming up with Mackenyu Arata for a brand new film.

The film is called “Na mo Naki Sekai no End Roll“, and is based off of the award winning novel by Kaoru Yukinari. The film will be distributed by avex’s studio Avex Pictures.

Iwata plays the role of “Kida”, a self-described “negotiator” who makes his way into the seedy underworld. Arata plays “Makoto”, the president of a trading company who is trying to carry out his plan for revenge. Both Kida and Makoto are orphans.

Iwata commented that he had previously met Arata before at an awards show. and is extremely happy that they are finally able to work together. He’s impressed by how Arata was able to perfectly fit the role of Makoto.

“Na mo Naki Sekai no End Roll” will be released nationwide in Japan in 2021.