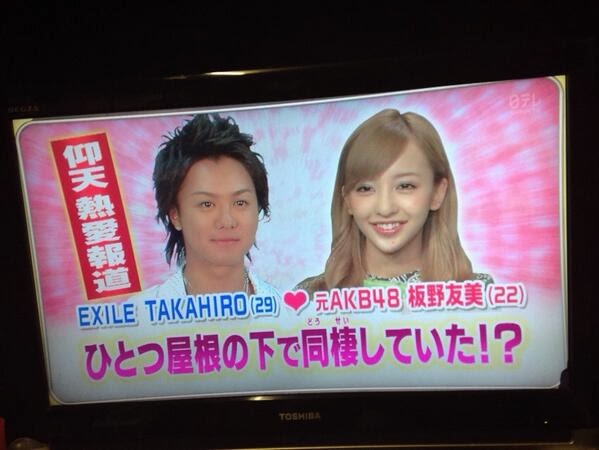 On the 18th, LDH‘s (EXILE‘s agency) official website denied the reports of TAKAHIRO (31) getting married.

“There have been reports about TAKAHIRO’s relationship and marriage [with Itano]. However, this is not true. We would like to apologize to any of the fans we have worried. We hope you continue to support TAKAHIRO from now on.”

On the same day, Itano’s staff also wrote a similar comment on her official blog:

“There have been reports about [Itano’s] relationship and marriage, but none of that is true.”