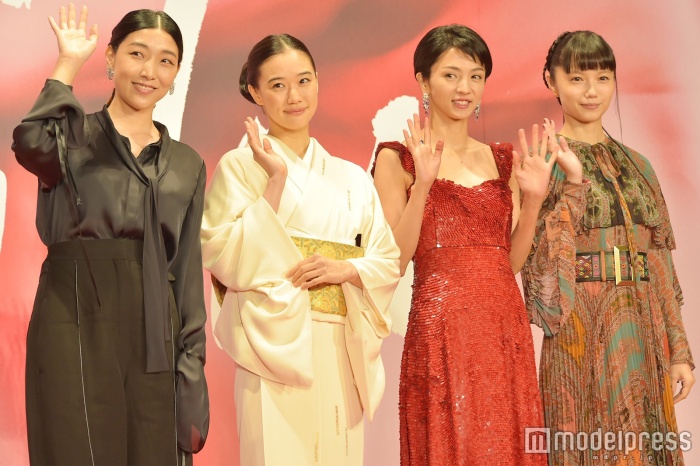 Despite the persistent drizzle, the 30th Tokyo International Film Festival kicked off with a star-studded opening ceremony last October 25 in Tokyo.

The “Muses of Japanese Cinema”, Sakura Ando, Yu Aoi, Hikari Mitsushima and Aoi Miyazaki were also introduced during the opening ceremony. Ando remarked about how rare it is for the four actresses, who all hail from the same generation, to share the same stage.

A 10-minute footage from the largest Japan-China co-production in history, Legend of the Demon Cat was presented after. “This was the first time I’ve had a chance to see the footage myself, and I was overwhelmed,” said star Shota Sometani of the epic international production directed by Chen Kaige.

Prior to its world premiere, guests were given a look at the trailer for “Fullmetal Alchemist”, the first Japanese film to open TIFF in a decade.

Said director Fumihiko Sori, “20 years ago, Titanic opened the 10th TIFF. As it happens, I participated in that film as an animator. I remember James Cameron and Leonardo DiCaprio standing here on stage, and I could never have imagined that 20 years later I’d be standing here with my own film. It’s like a dream come true.”

The 30th Tokyo International Film Festival runs until November 3, 2017 at Roppongi Hills, EX Theater Roppongi and other venues in Tokyo.