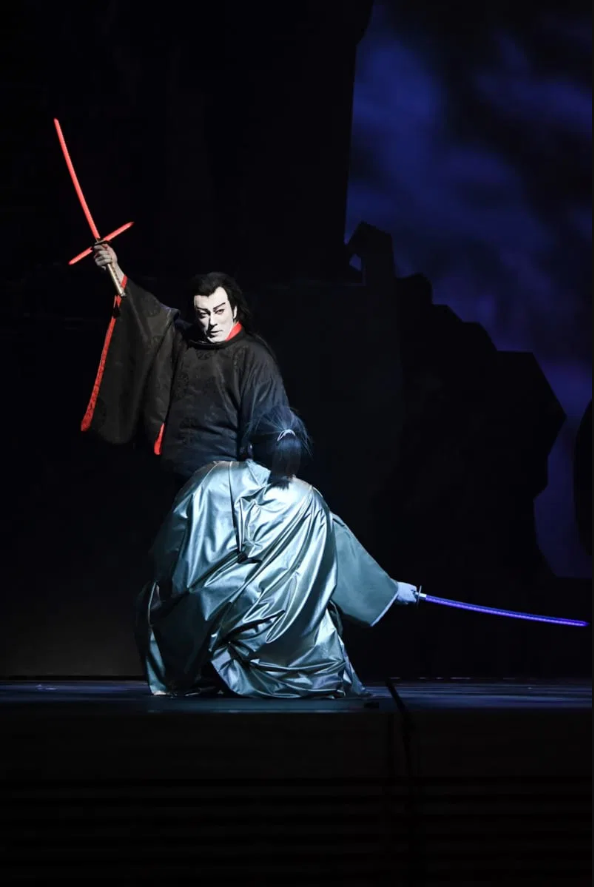 Kabuki is a traditional Japanese dance-drama, world renowned for their elaborate and distinct makeup, costumes, and stage design. Ichikawa Ebizo served as the supervisor for the entire production, and also played the lead role as the villain “Kylo Ren“.

“Star Wars Kabuki” revolved around the theme of family. It portrays the many highs and lows that tend to come with family, love and loss. Kylo Ren is the son of the heroes Han Solo and Princess Leia, he’s also trained as a jedi by his equally heroic uncle Luke Skywalker. Unfortunately, he’s tempted to the dark side as he wishes to be as powerful as his grandfather Darth Vader.

The production was created in celebration of the latest Star Wars film “Star Wars: The Rise of Skywalker” , which will be released nationwide in Japan on December 20th, 2019.

Fans who were unable to attend the November 28th Star Wars Kabuki show are out of luck, this was a special one night only performance! Check out photos from the show below: