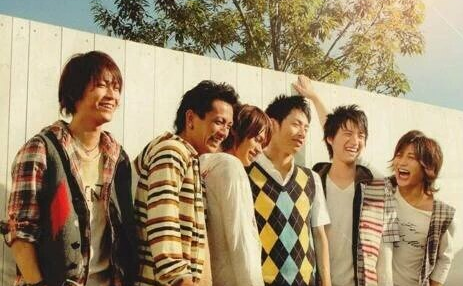 Last March 22, KAT-TUN celebrated their 10th year anniversary. The twitter sphere was abuzz when former members of the group tweeted in relation to the event.

At past 1 am, Akanishi Jin tweeted “Omedetou” (Congratulations), which delighted a lot of fans who replied with “Thank you, Jin-kun!” “Congratulations also Jin-kun,” “crying”. At around 5 am, Tanaka Koki also tweeted “Happy B’day”, but later deleted the tweet.

When his INKT bandmate SASSY replied to him “Congrats”, Tanaka tweeted he doesn’t want to cause any inconvenience, so while there aren’t many people looking at that time of the morning,  he’ll be deleting it.

This spring, member Taguchi Junnosuke will be withdrawing from the group and starting May 1, the group will enter a “charging period”. In this kind of situation, the greetings from old members, along with the release of the best album “KAT-TUN 10TH ANNIVERSARY BEST” 10Ks!” on the same day of debut, has put fans in a celebratory mood.

Posters and billboards of KAT-TUN with 3 members Kamenashi Kazuya, Ueda Tatsuya and Nakamaru Yuichi (as well as solo posters) were already released in celebration of the 10th year anniversary and the release of the Best album. 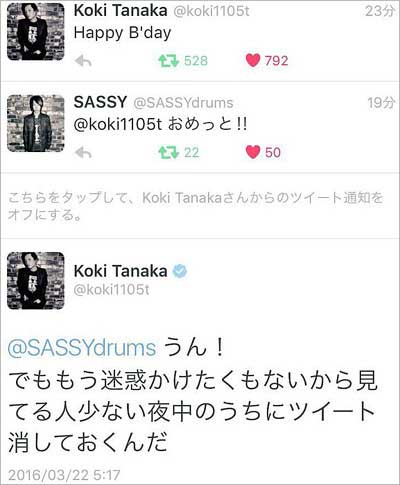