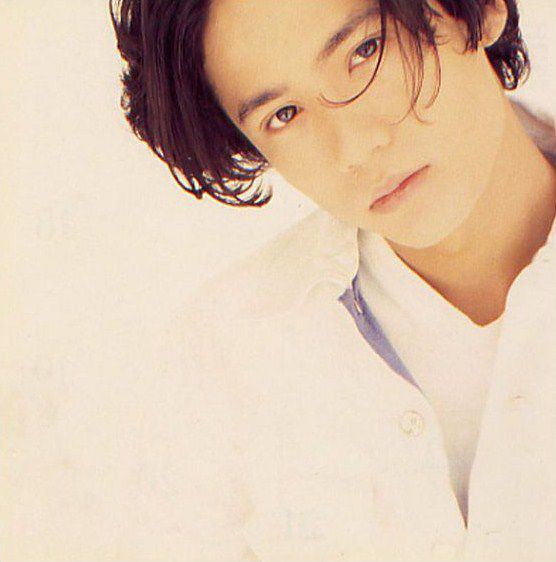 “There is a room just for him in my home.”

“We just share an electronic toothbrush and just change the bristles.”

“We compromise on who takes a bath first.”

“I also have him manage my money.”

On “Sanma & SMAP! Beauty and Beast Christmas Special,” Inagaki Gori (41) continued to share details about his companionship with the “mysterious man” Hiro-kun (54) in the segment “Hitoshi Matsumoto no Suberani Hanashi.” Also in the case of the recently aired “Gyorei no Dekiru Houristu Soudanjo,” Inagaki’s talk of “Hiro-kun” was cut from the broadcast, but it is said that he spoke of him constantly during the recording.

This is not Inagaki’s first time speaking of this man. In 2009, allusions were made to the existence of “Hiro-kun.”

His Nickname is Ginza’s Jackie”

Their first meeting was 15 years previously at a wine bar in Azubujuuban in Tokyo. It seems that “their friendship deepened while sharing wine.” About this “Hiro-kun” or “Hiroyuki-kun” from television:

“He is the manager of a taxi company with a wife and child(ren). Because he goes to board meetings once a week, he goes for walks 5 hours a day. He was given the name “Ginza’s Jackey” because of his habit of wearing masks while drinking and walking during the Bubble economy period,” [Inagaki] introduced him as.

Even though he was behind a mosaic, Hiro-kun himself made an appearance and left a comment.

“Because he is certainly my bestest of friends, we are going out.”

“The fact that when I am with him and we are so familiar [with each other] that all uncomfortable feelings disappear just might be miraculous,” Hiro said in a scene of great praise. Inagaki also said “Emotionally he is like a lover.”

However, why has a currently acting idol like Inagaki revealed such risky details up until now? The January 22 issue of Shunkan Shinchou has released the agency’s worries about this “behind the scenes information.” The media, who are after Hiro-kun’s real identity, have shot pictures of the two of them together. Because they will be troubled if a “homo article” comes out, [the agency] is alluding to treating the situation like a joke.

In the first place, Inagaki’s “gay suspicions” have continued to be whispered about on the internet for many years, so it is like an urban legend.

“He used the wave of the public and came out, huh”

“So they are half co-habitating. His partner has a wife and kids so is this an affair?”

Such comments have been seen here and there. In that direction, comments from fans worrying about Inagaki’s mental state are many.

“In contrast, he is saying that there are not people in the entertainment industry that he can trust that much.”

“It’s fine if he hasn’t been brainwashed like Othello’s Nakashima, though.”

Previously, Inagaki has said that “there are many people in existence like Hiro.”

“He has fun with dancer-like men, amusing himself by going shopping and having meals in Daikanyama.” (Weekly Magazine Reporter)

Such shocking information also exists. What is the the real situation?!