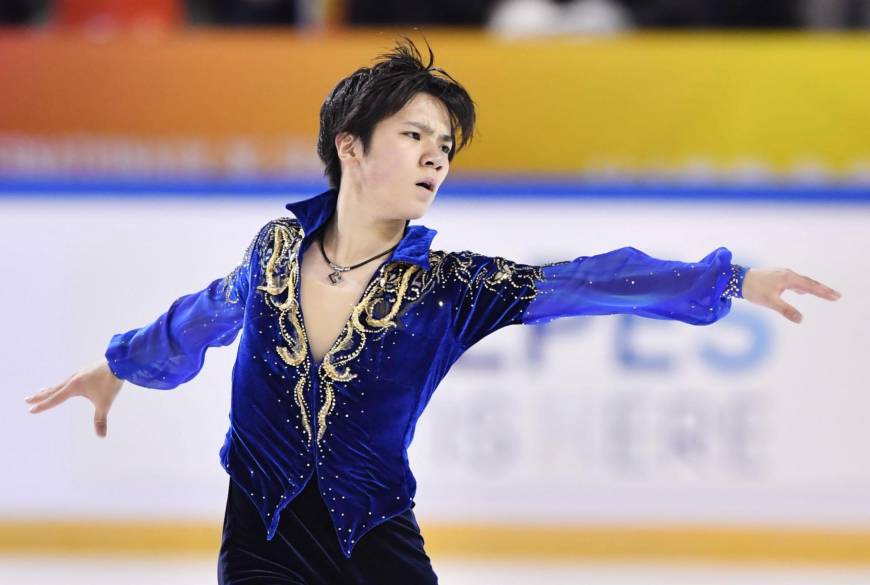 From November 17 – 19, this year’s edition of Internationaux de France took place in Grenoble. This was the fifth event in the International Skating Union’s 2017 – 2018 Grand Prix Series. Shoma Uno came in second at this event, making him the only entry out of Japan’s three at this event to medal.

Shoma came in second place with a total score of 273.32, 10.39 points behind Spain’s Javier Fernandez. Shoma’s short program received a score of 93.92, putting him in second place behind Javier, whose short program received a score of 107.86. Shoma fell during his opening jump, a quad flip. “It was really tough,” he said. “I didn’t think I would be able to execute my jumps. I was just doing it out of a sense of responsibility.”

With his win at Skate Canada and his second place finish at Internationaux de France, Shoma now advances to this season’s Grand Prix Final, as the top ranked man. “This tournament was very difficult. (I was recovering from the flu so) I couldn’t adjust myself before the tournament,” Shoma said after his free skate. “I have no sense of accomplishment. My goal is to do my best during the Grand Prix Final.”

Mai Mihara came in fourth place with a total score of 202.12, missing third place to Canada’s Kaetlyn Osmond by 4.65 points.