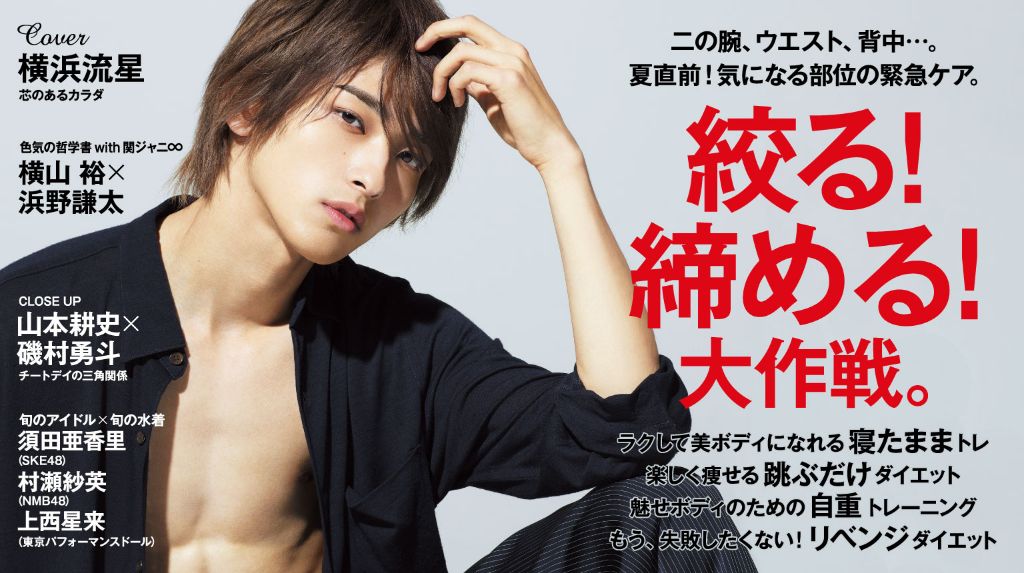 Actor Ryusei Yokohama is well on his way to becoming Japan’s biggest “ikemen“. He is currently the cover boy on the latest issue of the popular magazine anan.

His issue has been selling so well many retailers sold out of their stock just based on pre-orders alone. Retailers that by June 5th they had no more copies left to sell (the actual release date for his issue was June 6th). Since the magazine is a weekly publication, it’s extremely uncommon for them to ever have to reprint issues.

anan anticipated the popularity of the issue due to Ryusei’s current status, but they didn’t realize the demand for the magazine would be so high. The advertising staff is currently deciding whether or not a new batch will be reprinted.

On the cover of the magazine Ryusei shows off his impressive 6-pack abs. The photos promise to show off both his cool and cute sides.

Meanwhile, Ryusei is also enjoying success with his photobook titled “Ryurei“. Released back in March 2019, it is currently on the 5th reprint. Over 60,000 copies have been sold and the number continues to rise. Ryusei traveled to Hong Kong for the shooting, where some of the countries most famous sites and distinct architecture can be seen in the beautiful photos.

Check out photos from “Ryurei” below