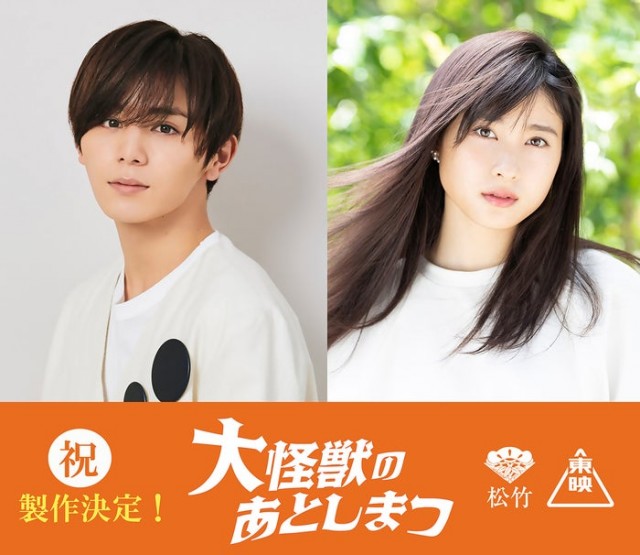 Hey! Say! JUMP member Ryosuke Yamada will be starring in a brand new film alongside actress Tao Tsuchiya. The upcoming project is called “Daikaijiyu no Atoshimatsu“.

Filming will begin in Spring 2020, and the film will be directed by Satoshi Miki. Satoshi last worked on the TV Asahi drama series “Time Limit Investigator 2019”, starring Joe Odagiri and Kumiko Aso.

In “Daikaijyu no Atoshimatsu” a large monster begins to wreak havoc all over Japan. Before the monster could be officially dealt with, it suddenly dies. The carcass of the monster contains a deadly gas and if it were to be released from the monster it could mean the end for the entire country. Ryosuke plays the role of Arata Tatewaki, who is leading a special task force into the area where the monster died.

When Arata and his team reach the area he crosses paths with Yukino Amane (Tao Tsuchiya). She is the security to the environmental minister of Japan, and Arata’s ex fiance.

“Daikaijyu no Atoshimatsu” is expected to be released in Q4 2020.