Tamagotchi was a staple in the 90s and was widely responsible for the digital pet craze. Not only limited to Japan, but Tamagotchi enticed the entire world.

To date over 80 million Tamagotchi units have been sold worldwide. Even though handheld and mobile gaming has begun to increase in popularity each year, Bandai is still making new models. For their newest release Bandi has decided to recruit Rola to promote the device.

The talent recently made an appearance at the product launch for Bandai’s new model “TAMAGOTCHI 4U” by walking out of a huge egg. She was surprised after emerging from the egg: “I thought there would be a lot of kids here since this is a popular game for children, but I was surprised that there’s only adults wearing suits! I wanted to try cute poses in front of children.” But that didn’t stop her from doing it anyway.

She introduced herself as Rola-tchi, a riff off the common naming convention for Tamagotchi characters. But wait – she’s actually going to be part of the Tamagotchi world. Rola has been a lifelong fan of Tamagotchi so she’s honored to have a character inspired by her. “I didn’t really speak Japanese when I was six but Tamagotchi was very popular.” She went on to say, “I was surprised when they told me about Rola-tchi, but her face is so big!” Rola’s dog Mocha also makes an appearance in the game. 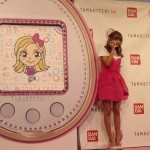 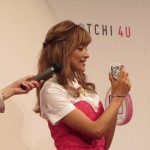 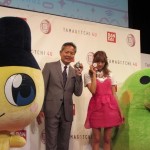 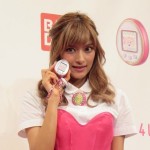 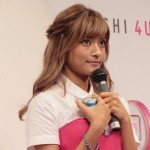