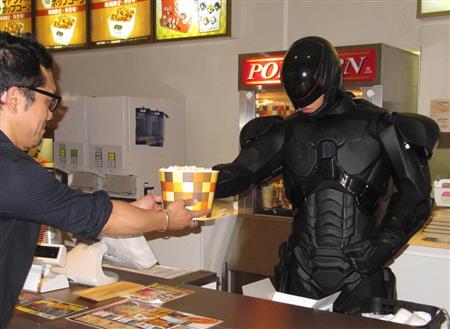 On June 29th, Robocop himself attended an event to celebrate the release of the new Robocop movie on DVD and Blu-ray in Japan.

Robocop introduced himself with a brief hello in Japanese and even danced to the song ‘Let It Go’ from the hit movie Frozen in front of an amused audience. Apparently Robocop’s “Japanese mode” includes a default moe setting because he was so embarrassed by the huge round of applause that he simply said, “Access denied.”

The poor guy in the Robocop costume continued to ham it up by patrolling around the place, cleaning up, and helping to make popcorn and sell tickets. Y’know, what he was built for. 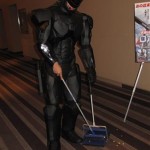 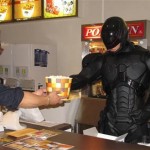