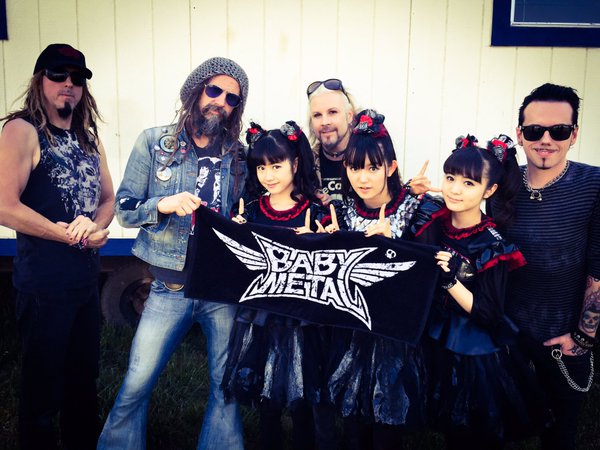 Many metalheads still seem divided when BABYMETAL comes up. Some appreciate the hybrid sound of power-metal mixed with standard Japanese idol j-pop, while others think it’s a silly novelty. These mixed options didn’t stop American musician and film maker Rob Zombie from visiting the band backstage at the Carolina Rebellion music festival. He posted a picture of them together on facebook and was instantly met with criticism from some of his “purist” fans, trying to shame him for associating himself with the group. Rob wasn’t having any of that though and clapped back at the h8ters directly responding to them. Since then his original facebook post turned into a BABYMETAL support thread, with all the current top comments supporting the group.

BABYMETAL’s next stop on their world tour is Detroit Michigan.

Check out Rob Zombie’s responses under the cut! 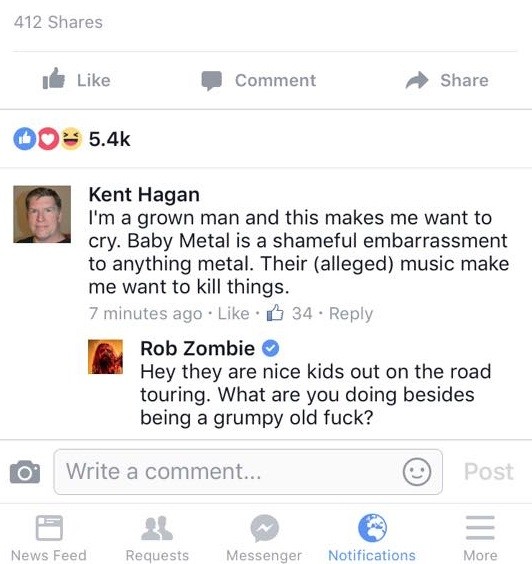 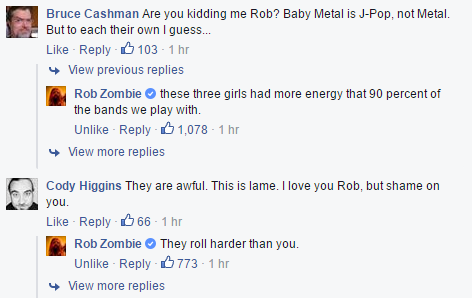