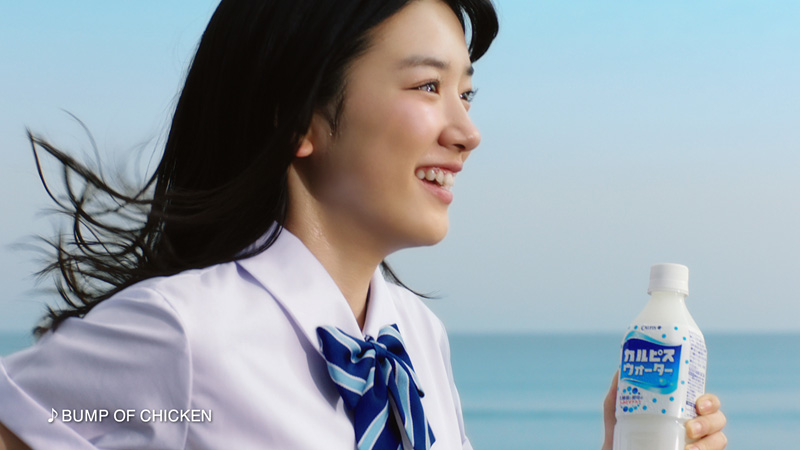 16-year old Mei Nagano has been chosen as the main actress for this season’s Calpis Water commercials. She is the 13th “Calpis Girl” to date, following the steps of such celebrities as Yuki Uchida, Masami Nagasawa or Yuina Kuroshima last year. If you’re not familiar yet with this new star, read more after the jump!

Mei Nagano carrer took off when she was scouted in grade 3 of primary school and made her first steps as child actress. Currently she is working as a model for fashion magazine ‘nicola‘. Her big break in acting came, when she won the audition for the lead role in the comedy ‘Ore Monogatari‘ opposite Ryohei Suzuki in 2015.

Recently, you might have noticed her in the winter season Getsu9 drama ‘Itsuka kono koi wo omoidashite kitto naite shimau‘. She had a small, but recurring role of the lead Arimura Kasumi‘s colleague in the elderly care facility. A little whiny and irresponsible at first, but gradually turning stronger and more adult – Nagano did rather well for an almost-newcomer among more experienced and acclaimed young actors and actresses.

Starting from April, Mei Nagano can add another feat to her resume: the Calpis promotional campaign. Calpis is a popular soft drink in Japan (and you can make it yourself!), milky and sweet, but unexpectedly very refreshing. Calpis Marketing team’s forte are summery and positive commercials, encouraging young people to express themselves in a straightforward way.

‘Houseki ni natta hi’ by rock band BUMP OF CHICKEN (a song coming from their newest album BUTTERFLIES) is the backing track.