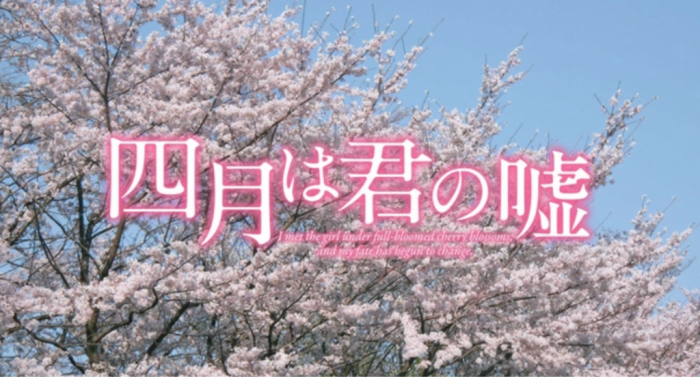 A special clip from what will be actress Suzu Hirose and actor Kento Yamazaki first movie together, Shigatsu wa Kimi no Uso (English title, “Your Lie in April“) was released this past Thursday (March 10th). The clip features the first preview of Hirose’s free-spirited violinist character playing the violin. Together with Anna Ishii and Taishi Nakagawa, the clip compiles a 30 second sneak peek of the four’s performance centered around young love.

More info below the cut!

Not only does the clip reveal a sure-to-be beautiful violin performance by Kaori (Hirose), but also a short depiction of the equally moving internal struggle that Kousei (Yamazaki) faces as he tries to bring himself to be able to play the piano again. The two of them, along with Tsubaki (Ishii) and Watari (Nakagawa), enjoy their days together, in a movie that is packed with scenes to bring a smile to your face.

The movie is based on the manga of the same name, and is set to be released September 10th this year.

Check out the clip below!