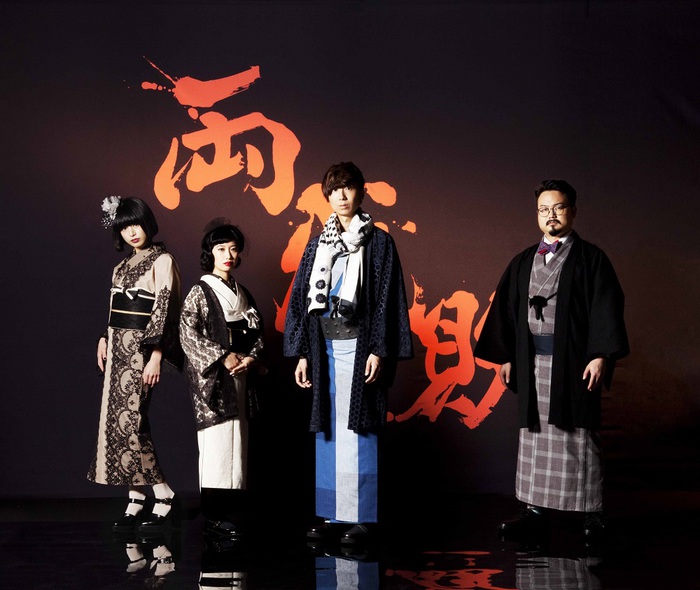 Earlier this year, the scandalous love affair between Kawatani Enon and Becky was one of the biggest new stories. People looked at the name of Enon’s band, Gesu no Kiwami Otome., and wondered why they chose to give their band such a strange name. This led to Goo asking readers which bands they thought had weird names. For this survey, Goo asked 250 men and 250 women in their 20s and 30s.

Gesu no Kiwami Otome. topped the ranking with 16.1% of the vote. The band’s name was everywhere once the scandal hit. Many people were tying the band’s name to the scandal, saying that it couldn’t be helped that a band with a name that translates into “girl at the height of rudeness” would be involved in such a scandal. The band’s name actually comes from a tote bag that keyboardist Chan MARI was carrying one day with the phrase written on it.

Kuchiroro came in second with 6.1% of the vote. When people see the group’s name, □□□, they ask how exactly they are to pronounce it. The group’s name stems from “クチペス” (kuchipes), a play on words by a member’s friend stemming from the name of the Japanese national team footballer Wagner Lopes. In Japanese, the kanji character “口” (kuchi), appears very similar to the katakana character for “ro”, “ロ.” So in Japanese, “Lopes”, translated to “ロペス”, could look like “kuchipes” to some. Looking at “□□□” the name could be anything from “rororo” to “kuchikuchikuchi” to “rokuchiro.” But it is in fact, “Kuchiroro.”

Tied for second is Wasureranneyo. The band’s name stems from something vocalist Shibata Takahiro would say to girls who rejected him in high school, meaning “I won’t forget.” The emotion of these rejections goes into his band’s music today.