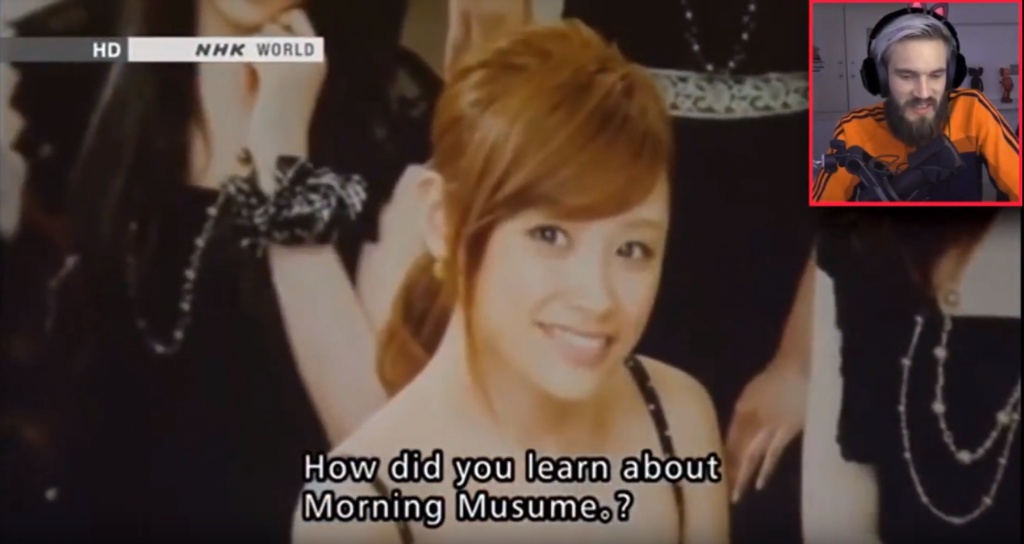 The popular e-celebrity routinely uploads videos where he tries not to cringe at questionable antics, and records his reaction real-time. This time his target was a Morning Musume wota, who somewhat became notorious among fellow idol fans after winning a contest hosted by NHK World. Film crews came to his house, where he was able to express his love for the idol group and even meet former member Ai Takahashi, who tagged along for the adventure.

One of the most memorable moments was when he enthusiastically danced to Morning Musume’s hit song Wakuteka Take a Chance, in front of his somewhat bewildered looking parents and grandparents, while Takahashi cheered him on.

PewDiePie then went on to attempt the Wakuteka Take a Chance choreography himself by watching their dance rehearsal practice. It’s been rumored that Hello!Project fans didn’t really want to be associated with the YouTuber, and went on a mass reporting spree. Whatever the case may be it seems like it worked, his video was quickly taken down due to copyright infringement. Perhaps Japan’s very stringent rules can come in handy sometimes.

PewDiePie made headlines this year for being racially insensitive, which was largely fueled when he was caught saying the N word on a live stream. Despite the controversy he is still the most popular YouTuber with over 54 million subscribers.

Youtube user UnofficialToilet reuploaded footage of PewDiePie reacting to the wota, and attempting the choreography. Watch it below the jump