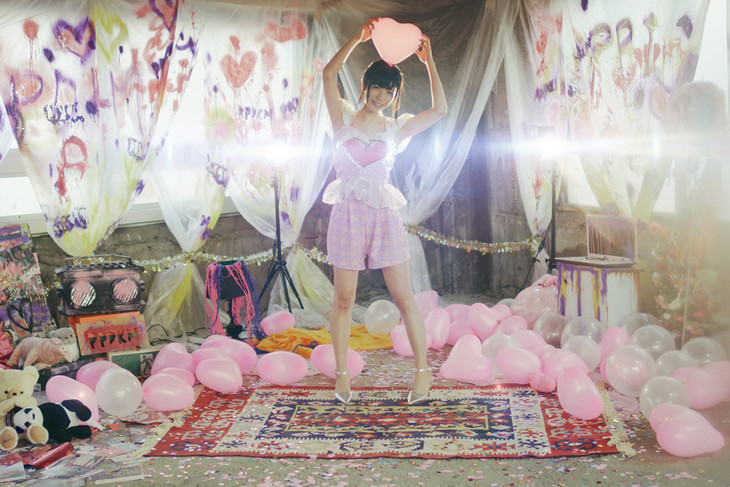 Last night Paipaidekami released her music video PPDKM, a new landmark in her catalog in terms of all out tackiness. An unrestrained, wonderfully cheesy pop track with absolutely no subtlety, its catchiness aggressively hits you in the brain like an icepick. It is from her upcoming single, PPDKM/Momori no Jinsei (also released in the last few days) and the guest-laden music video (see the likes of Seiko Oomori, Nishii from Namhamu to Yakiudon and more) could not more perfectly match the track, with its onslaught of trashy imagery and all out lack of taste.

Normally, this would be a negative, but when it’s this self aware and it’s done so damn well, it comes across as something extraordinary. It’s not gonna appeal to everyone, and it shouldn’t.  Read on for single details and watch the MV below. At home. Alone. We warned you.

Momoiro no Jinsei MV (note: this song is a dedication to idol Momoko Tsugunaga on her 25th Birthday/is preparing to retire from the entertainment industry)

PPDKM/Momori no Jinsei comes in two different versions (CD and CD+DVD) and is released on April 5th.  The DVD version also includes 3 music videos, the two above and a special “Mecha Ippatsudori” version of PPDKM.

The single is being released under SPACESHOWER and is available to preorder now.