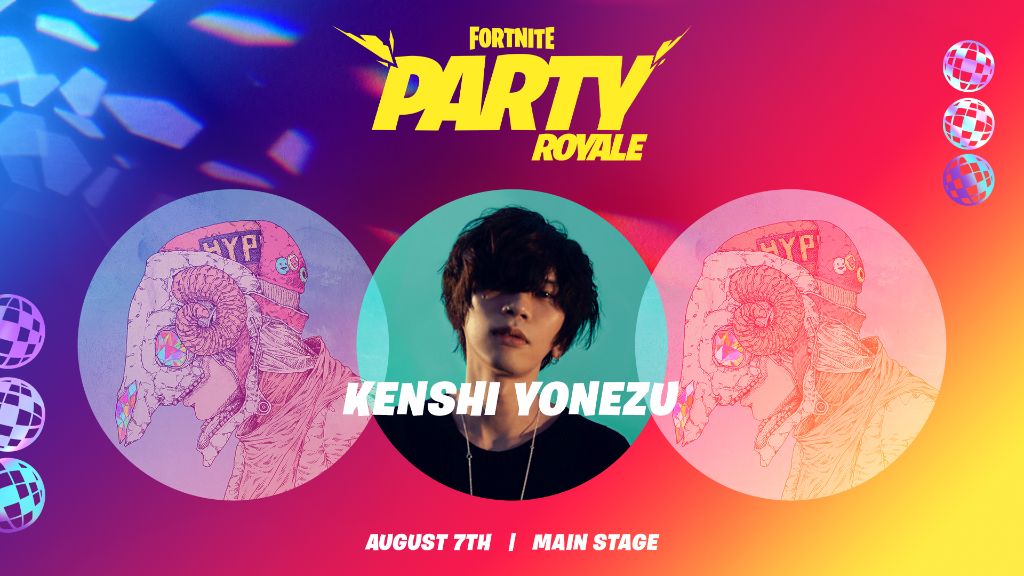 On August 5, Yonezu Kenshi will release his new album, “STRAY SHEEP.” To celebrate the album’s release he will hold an event on “Fortnite” on August 7, making him the first Japanese artist to do so.

Titled “Yonezu Kenshi 2020 Event / STRAY SHEEP in FORTNITE”, the event will start at 8 PM JST and will be about half an hour long. The event will be held in “Party Royale”, with a giant screen with Kenshi on it on the main stage.

“Yonezu Kenshi 2020 Event / STRAY SHEEP in FORTNITE” can be accessed through any device that has the game installed on it. It is recommended that people wishing to see the event try to access it 30 to 60 minutes in advance, due to possible congestion. For those who can’t see it live, there will be encores on August 7 at 2 AM and 8 AM JST.

For players that log into “Fortnite” during the 24-hour period starting at 9 AM JST on August 7, a special banner icon featuring Kenshi’s album art will be available as a event participation bonus. It can be seen below!