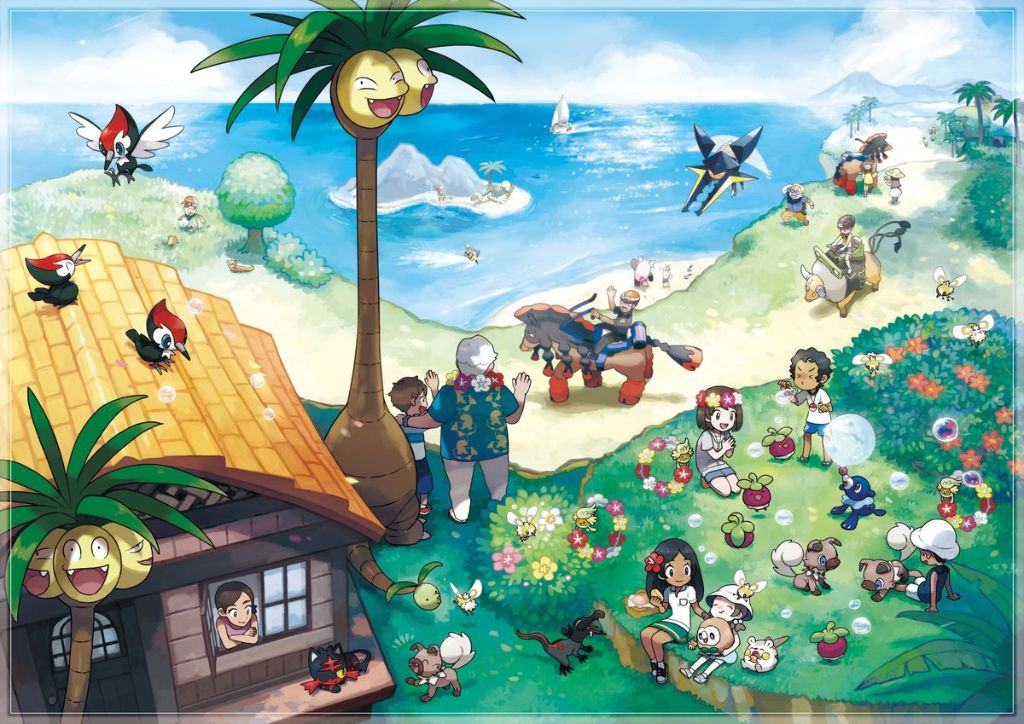 A new trailer for Gamefreak’s Pokemon Sun/Moon dropped yesterday, and with it a lot of new information for the game’s mechanic and new pokemons. Surprisingly, some new pokemons revealed in the trailer aren’t exactly new. Instead, they are a region-variant of some Gen 1 pokemon! Aside from revealing new pokemons, the video also introduces Z-moves, Island Challenges, and many more. Read on for the details! 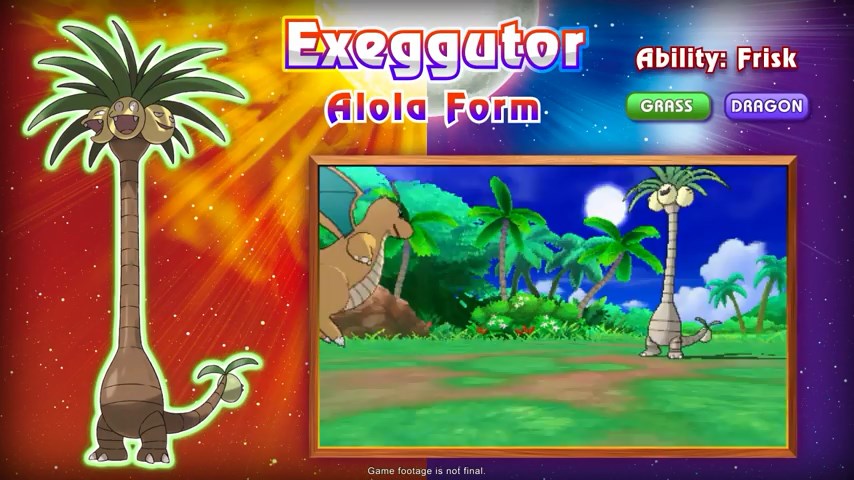 First of all, the pokemons. As previously mentioned, the game will introduce what is called as Alola Variants of currently existing Pokemons. These variants are said to emerge as a result of the pokemon’s adaptation to Alola’s climate. 5 pokemons are revealed to have Alola Variants: a dragon/grass type Exeguttor; an ice type Vulpix, evolving into an ice/fairy Ninetails; and an ice Sandshrew that evolves into an ice/steel Sandslash. 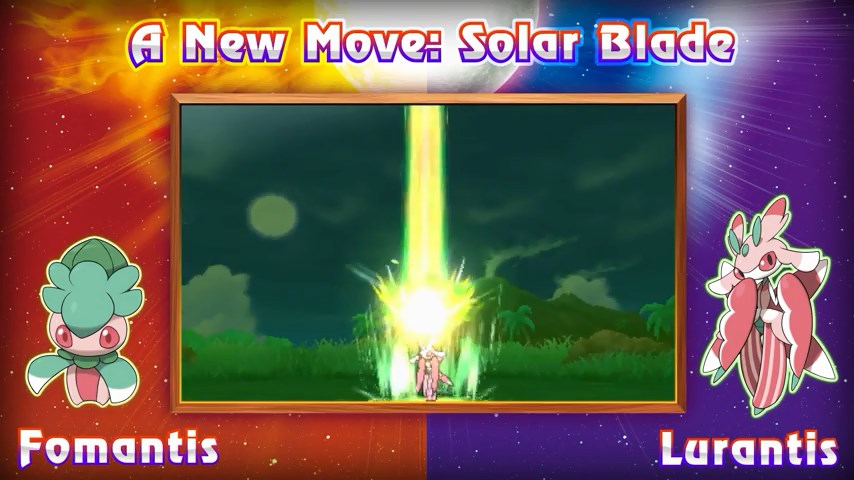 The trailer also introduces some new faces: Oricorio is a bird pokemon with 4 island sub-variants and the Dancer ability that allows it to mimic the opponent’s “dance” move (Quiver Dance, Swords Dance); Minior is a rock/flying pokemon with the Shields Down ability that allows it to shed its outer shell and changes form on damage; Fomantis is a new grass pokemon that evolves into Lurantis and is shown to know a new move called Solar Blade; Gumshoos is a normal type evolution of the previously revealed Yungoos; and Mudbray is the pre-evolution of the horse pokemon Mudsdale. 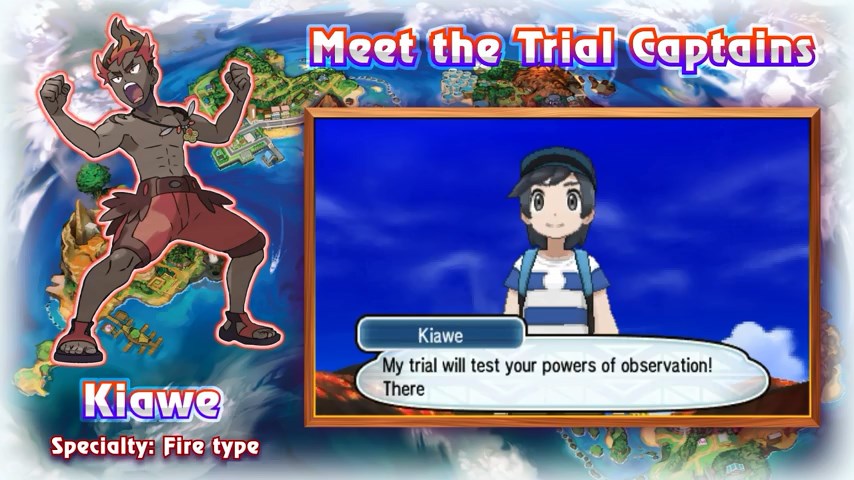 The most interesting gameplay reveal of the trailer might be the introduction of Island Challenge and Kahuna Battle. It is shown that in every Alola Island, you need to undertake a trial as a “rite of passage” in form of ingredient collecting or some sort. This looks to be your main quest in the game. After finishing your trial, you are then allowed to met and battle a Totem Pokemon, a stronger, buffed variant of the island’s pokemon and challenge the Kahuna of the island. 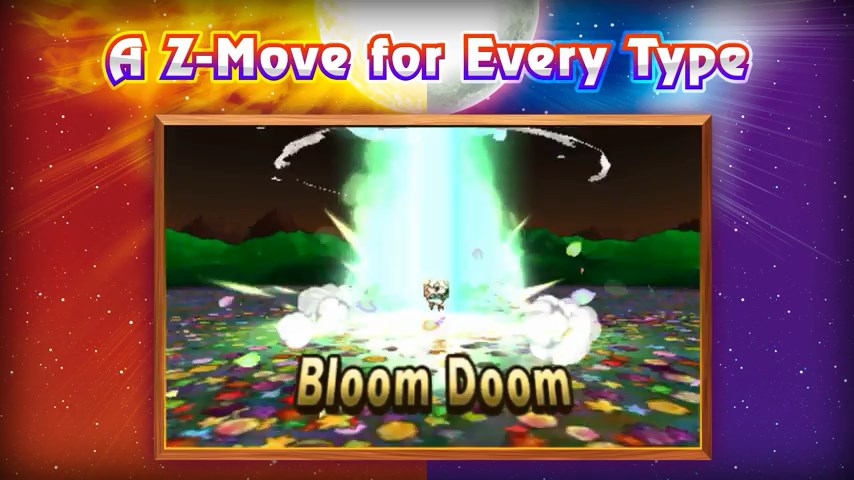 Lastly, the game will feature a special attack called Z-moves. Z-moves are described as a really powerful attack that can only be used once per battle. Each type will have its own Z-move that can be called using every pokemon’s innate Z-power. 4 Z-moves are revealed in the trailer: Gigavolt Havoc (electric), Inferno Overdrive (fire), Bloom Doom (grass), and Hydro Vortex (water).

Check out the trailer to see everything described above for yourself! Pokemon Sun/Moon is set to be released for Nintendo 3DS on November 18.