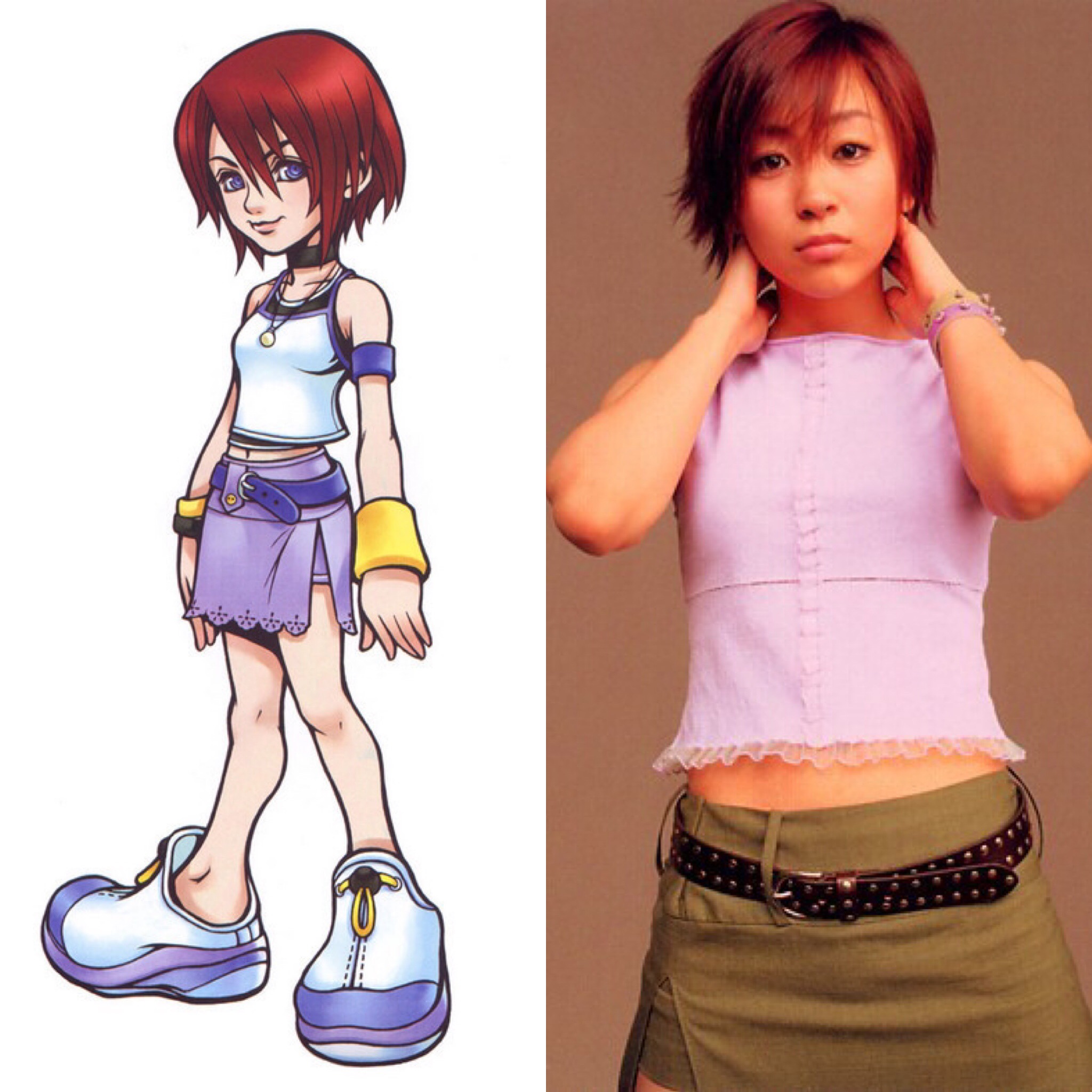 It has recently been revealed (again!) that Kairi, a character from the popular Kingdom Hearts game franchise, was linked to a legendary J-pop singer during the characters design process.

“Ultimanias” are a line of guidebooks released by Square Enix, what makes them most coveted by fans are the staff interviews and abundance of concept art. Fansite Kingdom Hearts Insider recently revisited translated snippets from the book many fans may have forgotten about, and one of them in particular has the J-pop community buzzing.

When talking about the character Kairi, illustrator Tetsuya Nomura revealed that he was able to design her however he pleased. Her cute hairstyle is actually a secret homage to Utada Hikaru, who provided the theme song for the game. This is quite evident in the promo images, and also MV for her 5th single “Wait & See ~Risk~”.

Many game designers have looked to the entertainment world for some inspiration. Legendary fighting gal Mai Shiranui was molded after the sexy early 90s idols Fumie Hosokawa and Ai Ijima. While Resident Evil’s Rebecca Chambers was modeled after Ayumi Hamasaki.

Other snippets from the Ultimania include the new design choices for Final Fantasy characters, the different versions of Sora, Goofy, and Donald Duck, and weapon designs. Check it out here.