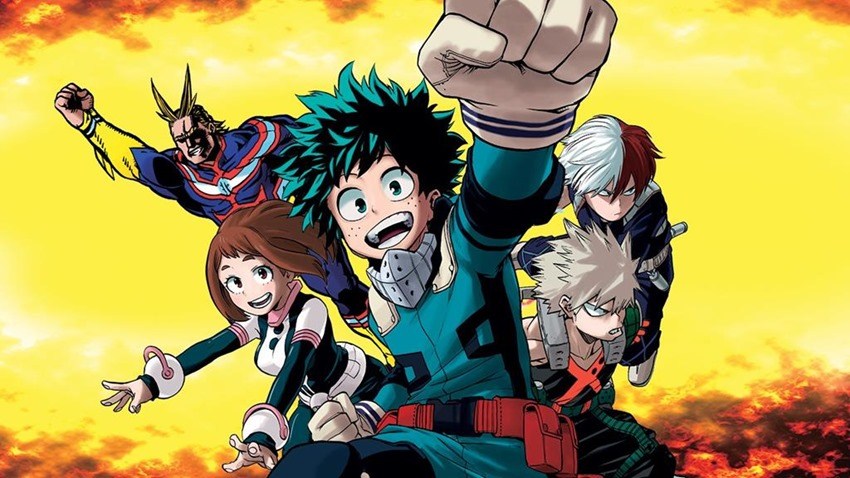 The very popular anime and manga series My Hero Academia is the latest Japanese media that will receive it’s very own Hollywood live-action remake.

It will be produced by Legendary Entertainment, and will be mainly handled by Jay Ashenfelter and Alex Garcia. Ashenfelter worked on “Pasific Rim: Uprising”, while Garcia has most recently worked on the soon to be released “Godzilla: King of the Monsters”.

The plot of the manga is as follows, courtesy of Viz Media:

What would the world be like if 80 percent of the population manifested superpowers called “Quirks” at age four? Heroes and villains would be battling it out everywhere! Being a hero would mean learning to use your power, but where would you go to study? The Hero Academy of course! But what would you do if you were one of the 20 percent who were born Quirkless?

Middle school student Izuku Midoriya wants to be a hero more than anything, but he hasn’t got an ounce of power in him. With no chance of ever getting into the prestigious U.A. High School for budding heroes, his life is looking more and more like a dead end. Then an encounter with All Might, the greatest hero of them all, gives him a chance to change his destiny…

The manga made it’s debut on July 2014 in Weekly Shonen Jump and became an instant success, an anime series followed in April 2016. The series spawned it’s own spin-off called “My Hero Academia: Vigilantes”, which along with the main series has a massive 17 million copies in print.

The series is also making it’s mark on the video game scene too, tomorrow on October 26th “My Hero One’s Justice” will be available for PS$, Nintendo Switch, and PC in North America.

Do you think Hollywood will do My Hero Academia justice?