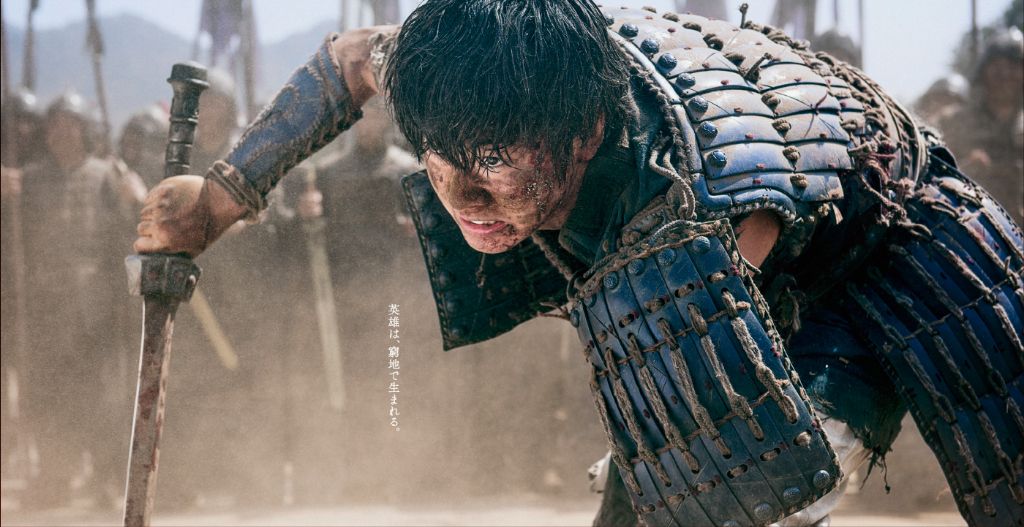 We reported last week that Yasuhisa Hara’s historical manga, Kingdom, is getting a live-action short for its 10th anniversary with Kento Yamazaki as the lead character, Shin (Xin). Well, that live-action short has arrived, and in more flavors than expected. After the jump, you will find 4 videos relating to the short: a fully narrated version, a no-narration version, a 60-second CM version, and a making-of video of the short.

Although the short is so short that it looks more like a movie trailer, keen fans of the original work would recognize the scenes and pick up nifty details in the background. The more noticeable ones are the scene showing swordstress Kyou Kai (Qiang Hui, played by Chihiro Yamamoto) dancing in a prairie, and the main battle scene where Shin faces off against Hou Ken (Pang Nuan, played by Kenji Gojo). Other than the obvious two, the trailer also nods to other characters in the series such as strategist Ka Ryo Ten (He Liao Diao), great general Ou Ki (Wang Qi), and Duke Hyou (Biao Gong).

What do you think about the short Arama! readers? And if you read the original manga, can you spot the references in the short? Let us know in the comment section!