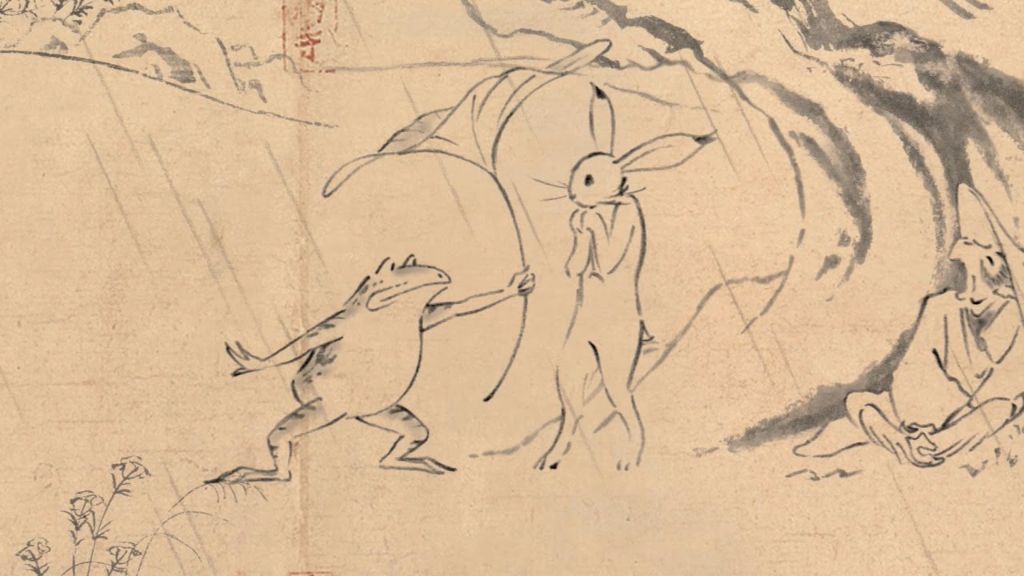 The future of Studio Ghibli has been uncertain for the past few years, but producer and Ghibli co-founder Toshio Suzuki has continually assured fans that the beloved animation studio will continue to exist while taking on projects that differ from what they have taken on in the past.

This time, Studio Ghibli has brought to life centuries-old black-and-white drawings of animals frolicking in the wild for energy company Marubeni Shin Denryoku.

The 30-second animation takes design cues from the picture scrolls widely considered to be the earliest examples of manga in Japanese history called Choju Jinbutsu Giga, or Scrolls of Frolicking Animals.

Check out the short below the cut!

Dating back to the 12th and 13th centuries, the first scroll illustrates anthropomorphic rabbits and monkeys bathing and getting ready for a ceremony, a monkey thief runs from animals with sticks and knocks over a frog from the lively ceremony. Further on, the rabbits and monkeys are playing and wrestling while another group of animals participate in a funeral and frog prays to Buddha as the scroll closes.

Such a project seems like a perfect fit for the eco-conscious Studio Ghibli and Marubeni Shin Denryoku’s mission towards low-pollution, renewable wind, water, and solar-based energy production. The energy company’s proposed “Plan G” plans to donate a portion of customers’ energy payments to conservation efforts.