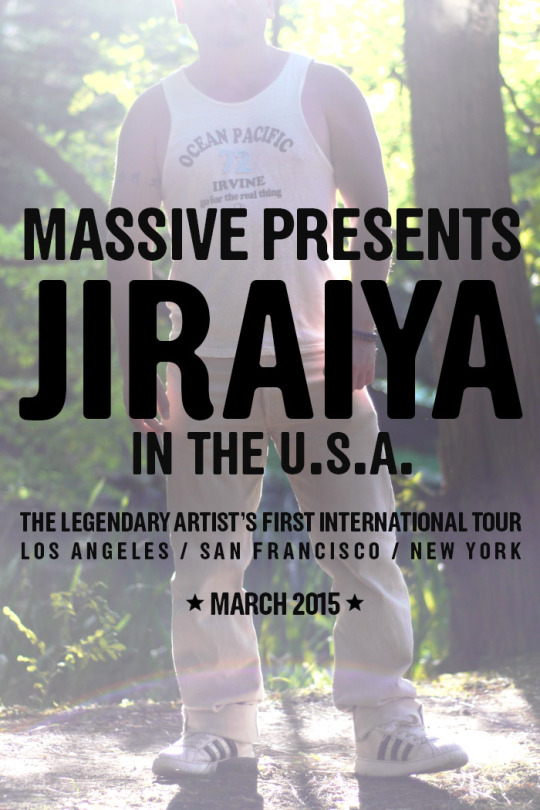 From March 17 – 28, gay manga artist Jiraiya will be having a cross-country tour of the United States. Known for his erotic drawings of large, musclebound men, these will also be his first public appearances, since he likes to keep his identity a secret. Tour stops include the cities of Los Angeles, San Francisco, and New York. During these stops, he will be holding speaking engagements and signings. There will be multiple events in each city and the locations will range from a university in Los Angeles to a museum in San Francisco to a clothing store in New York. Check out the list of tour dates and events after the jump! March 17: ONE Archives at the University of Southern California March 20: California College of the Arts The tour will end with a party on March 28 at the downtown clothing mecca Opening Ceremony, which Jiraiya did a popular collection of clothing with last year for Gay Pride. Details on the Opening Ceremony party have yet to be released. More events may also be added to the itinerary.

In an effort to protect Jiraiya’s privacy, there will be a no facial photography rule at these events.

This tour is being organized by MASSIVE, in collaboration with interTREND.

In related news, MASSIVE’s Anne Ishii and Graham Kolbeins recently released a short documentary they did titled “The House of Gay Art.” It is about novelist Masahiro Ogizaki’s private museum that he runs out of his home in Saitama Prefecture. It is one of Japan’s only institutions dedicated to displaying and preserving the country’s gay art. It was shot last November on a journey they took to the museum with gay manga artist Gengoroh Tagame.

Warning: Some of the pieces in the video are NSFW.