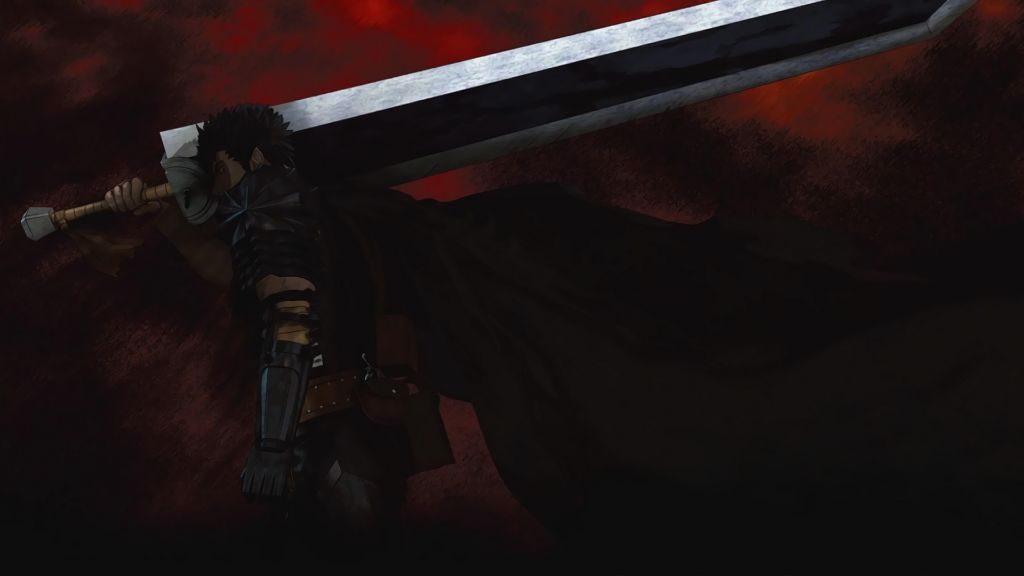 Kentaro Miura‘s classic (yet still ongoing) dark fantasy manga, Berserk, is getting a brand-new TV anime adaptation, airing on July 1 on WOWOW (also on MBS, TBS, and CBC starting July 9). Last Friday, the official website for the project began streaming a teaser promotional video, playing Inferno by rock outfit 9mm Parabellum Bullet which will be used as the opening theme song of the anime. Along with the teaser, a key visual and an additional list of cast is also revealed; see them after the break! 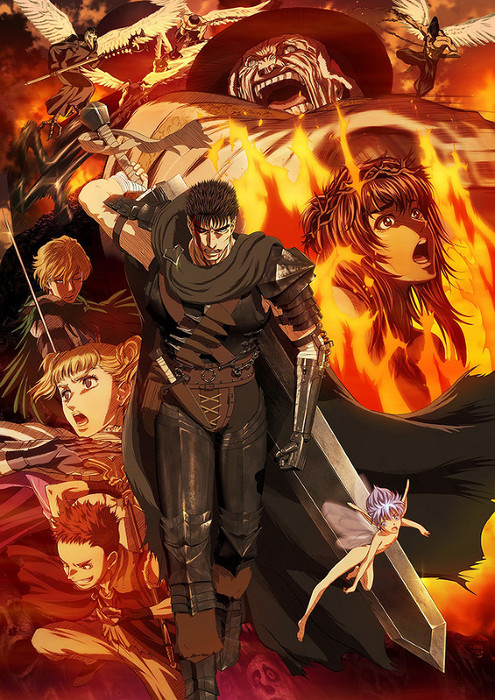 The new TV anime will be Berserk’s second adaptation, the first one airing in 1997. As you might be able to make out from the key visual, this adaptation will primarily employs CGI for the animation. The story arc here will supposedly continue from the last one; some promotional materials depicted Guts in his “Black Swordsman” armor that does not appear until later in the manga.

For those who aren’t familiar with the title, a little explanation: Berserk is a dark fantasy-adventure manga penned by Kentaro Miura that debuted back in 1988. The story primarily focuses on Guts, a mercenary who travels around the world slaying lovecraftian monstrosities is search of his former best friend-turned-evil, Griffith. The series stays unfinished until this very moment because of how irregularly published it is. The series has since been regarded as a classic, influencing a lot of other works in the pop culture industry. The most notable and recent example is FromSoftware’s Souls series (Dark Souls I, II, III) that contains a lot of references to Berserk.

If you’re interested in the series, check out the trailer below!