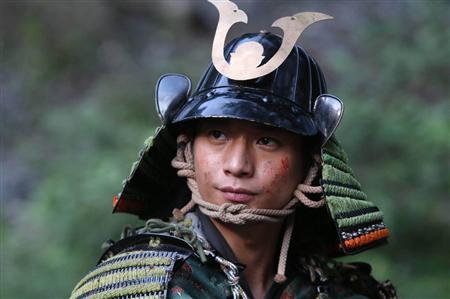 Shun Oguri (31) will be playing the lead character who travels back in time to the Sengoku era and finds out he looks exactly like Nobunaga Oda. Oda asks him to switch places for a time, because he isn’t in good condition. The character agrees and tries to unite the country. This will be Osamu’s first Getsu-9* historical drama. He will be playing Nobunaga’s chief retainer Tsuneoki Ikeda.

This will also be Osamu’s first time performing with Oguri, “He (Oguri) is really charismatic and perfect for the role of Nobunaga Oda. Similar to my own role, I want to support ‘Oguri Nobunaga’”.

(*A ‘Getsu-9’ drama is a drama that airs on Mondays at 9. The dramas in that slot are said to be the best of the best, so they’re basically ‘must-see-tv’. This slot is special, because there are no baseball games on Monday for dramas to have to compete with.) 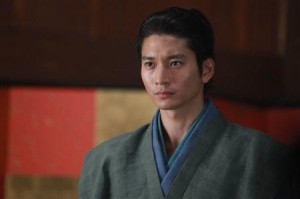