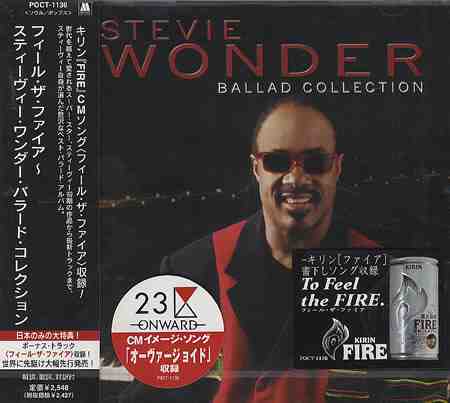 Fans of popular rock band ONE OK ROCK recently caused a fuss on Twitter when they discovered that music legend Stevie Wonder covered one of the band’s songs. Unfortunately, the fans anger was unfounded, as Stevie Wonder was actually singing his own song…which ONE OK ROCK actually covered.

Recently, Stevie Wonder‘s song “To Feel the Fire” was featured in a Japanese commercial. Fans only familiar with the song through the ONE OK ROCK cover took to the internet to express their anger at a foreigner singing the song that they believed was originally written by the band.

Here is the original song, sung by Stevie Wonder:

And here is ONE OK ROCK‘s cover:

The fans obviously jumped to rash conclusions, as ONE OK ROCK are not even the first Japanese act to cover the song. It has also been covered by Aki Yashiro, GACKT, Mariko Ide, Masayuki Suzuki, Tina, and Hiroshi Itsuki.

Fans have said things such as*
“Stop screwing around. He’s screwing around and covering our Wanoku. Who the heck is this gaijin”
“Ha? ‘To Feel the Fire’ is Wanoku’s song right? Don’t you dare mess with TAKA“
“Looks like Stevie Wonder copied Wanoku”

Luckily, all hope was not lost as some knew it was Stevie Wonder‘s song*:
“Underage kids certainly don’t know who Stevie Wonder is”
“Since when did ‘To Feel the Fire‘ become Wanoku’s song?”

1. I thought I heard the song in the CM before somewhere and it was ONE OK ROCK‘s “To Feel the Fire“! I was shocked and couldn’t believe it!

2. Wanoku’s “To Feel the Fire” is seriously being used in a coffee CM

3. It wasn’t Wanoku’s cover but I was happy to hear “To Feel the Fire” playing in a coffee CM

4. I was watching TV mindlessly and there was a song that I felt I knew playing in a coffee CM and I thought ‘What was this again?’ and realized it was Wanoku and what’s more a pretty old song
“To Feel the Fire” right? Why was it updated? And a foreigner is even singing it

Needless to say, regardless the fans lack of musical knowledge, Stevie Wonder is laughing all the way to the bank.