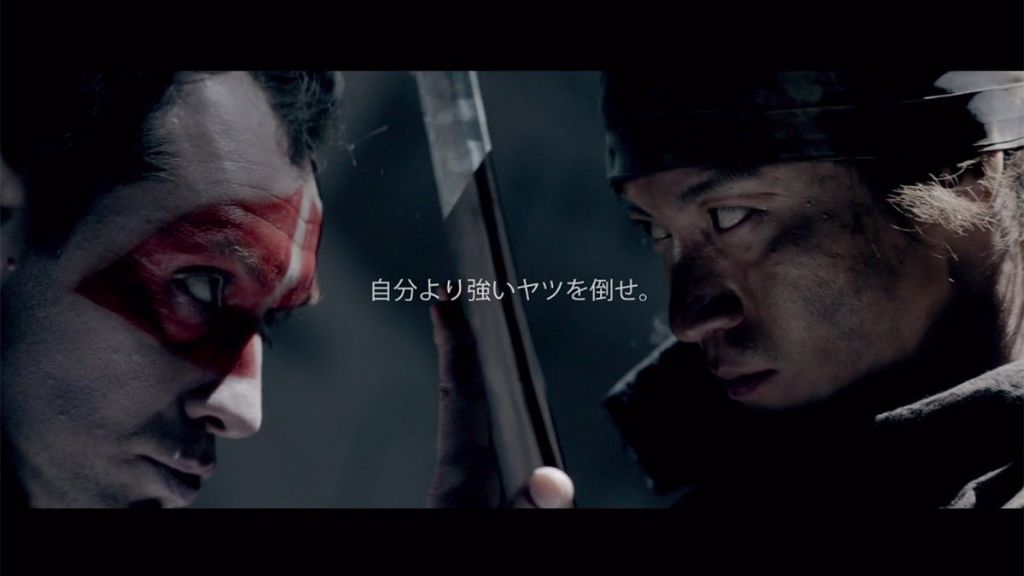 Back in 2014, Oguri Shun was appointed as the new face of PEPSI NEX ZERO / PEPSI STRONG, playing the famous Japanese folk tale character Momotaro, a boy born from a peach who becomes a mighty hero. His companions are a monkey, a dog, and a pheasant. The tale is told through a series of epic Pepsi commercials with the theme “Forever Challenge”. So far, 5 commercials has been aired.

In Episode 4 of the Momotaro series, Jude Law joins Oguri in the CM as a demon. In this episode, we are told the sad backstory of the demon. The demon was once loved by humans as he defeated monsters to protect the people. However, the humans became frightened by his power, and locked him into a cave. Because of sorrow and anger for this betrayal, he was transformed into a frightening demon, against which Momotaro will have to fight.

Earlier on, PEPSI aired another CM featuring both actors. In the video, Oguri was beckoned by Jude Law amidst a throng of reporters, before announcing his participation in the Momotaro series.

Take a look at the string of impressive Momotaro CM series below as well as the making and interview of both actors for the most recent episode below.

Episode Zero explains that ogres have attacked a village no match for their strength. Upon hearing this news, Momotaro sets out with his companions — a dog, a pheasant, and a monkey — to assault the ogres’ stronghold. The other commercials flesh out their backstory.

Episode 1 shows Momotaro vanquished by an unimaginably strong ogre. He seeks out a swordmaster to improve his skills — and finds none other than the legendary samurai Musashi Miyamoto.

Episode 2 shows how the “dog” is actually a human raised from infancy by wolves. One day, ogres attacked the wolves’ mountain and captured them, leaving the wolf-man to don his mother’s guise, call himself a dog, and vow revenge.

Episode 3, the longest yet at four minutes, explains that the pheasant was a prince in a Bird Kingdom. His evil brother, the crow, lusted for power, allied with the ogres, and became one himself. At first the pheasant dances in the hopes of drawing his brother’s attention from far away, but later his people entrust him with the task of defeating the crow.